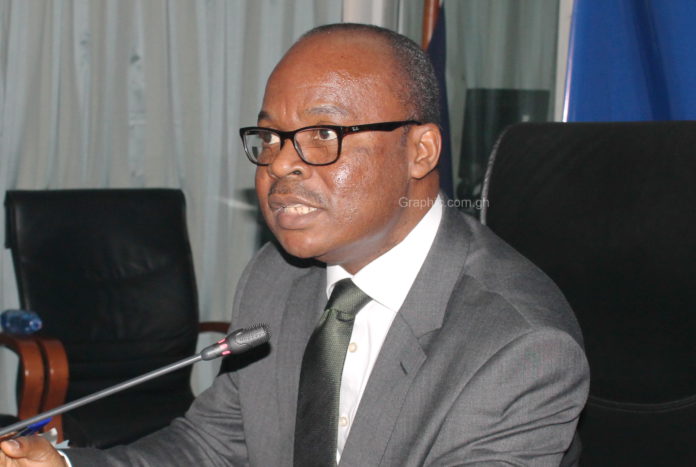 The Minority in Parliament has asked the Governor of the Bank of Ghana (BoG), Ernest Addison to assert his independence and credibility.

In a release dated August 19, 2022, the Minority group asked that if the BoG’s Governor is unable to do that, then he should “resign” immediately.

The request for Dr. Addison to resign is among demands made by the Minority Caucus in the statement issued on Friday.

a) Conduct a complete overhaul of its monetary policy framework to improve transparency and credibility. This must include publication of its Minutes and clarity on its forecasting and policy analysis model.

b) Yield to Parliamentary oversight in its dealings, particularly on the issue of money printing to finance government spending.”

c) BOG must cease forthwith the fiscal dominance regime the bank is superintending. It is dangerous for the future and undermines the fight against inflation for both the short term and the medium term.”

The demands come on the back of the Bank of Ghana’s announcement of an increase in the monetary policy rate by 300 basis points to 22%, after an Emergency Monetary Policy Committee meeting on August 17th, 2022.

The Minority Caucus also referred to an assertion by former Deputy Finance Minister, Dr. Cassiel Ato Forson to the effect that government had encouraged the Bank of Ghana to print an amount of GH¢22 billion without Parliamentary approval.

They contended that although the Bank of Ghana denied the assertion, its admission to the use of central bank overdraft vindicates their position because it amounts to printing money.

“The Caucus wishes to state that Central bank overdraft is the same as monetary printing in the technical sense, which BoG tried to deny earlier as per its statement dated July 26, 2022,” the Minority stated.

Read full statement of the release below: