Be Nice For The Cameras! PSG Address Chemistry Problems Amid Mbappe-Neymar Feud | 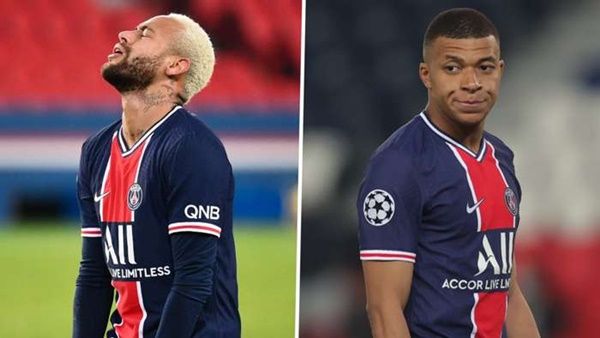 The two men haven’t seen eye to eye for a while, and their rocky relationship has had a negative impact on the rest of the squad.

Paris Saint-Germain have taken formal action to address the chemistry issues within the squad amid the ongoing feud between Kylian Mbappe and Neymar, GOAL understands. Mbappe signed a new three-year contract at PSG in May, snubbing a transfer to Real Madrid in the process, but he has cut a frustrated figure at Parc des Princes in the early weeks of the 2022-23 season.

GOAL has reported that the 23-year-old believes he deserves more respect in the dressing room, and he has taken out his frustration on Neymar as the Brazilian’s influence appears to be picking up.

A recent penalty dispute took the shattered relationship between players public, and PSG have held a team meeting asking for any internal issues to remain behind closed doors. In other words, the club want Mbappe and Neymar to at least play nice in public.

What have PSG done to address the feud between Mbappe & Neymar?

The tension between Neymar and Mbappe was clear to supporters across the world during PSG’s 5-2 win over Montpellier last weekend, which saw the former net a brace and the latter grab his first goal of the season.

Mbappe also missed a penalty in the contest, however, and Neymar dismissed his attempts to make amends as he stepped up to score his second goal from the spot in the second half.

GOAL can confirm that senior officials at PSG have responded by telling the pair to bury the hatchet and learn to co-exist for the good of the team.

The discussion took place in the presence of the entire squad, with all of the players now under strict orders to maintain good relationships with each other – especially on matchdays due to the increased media scrutiny.