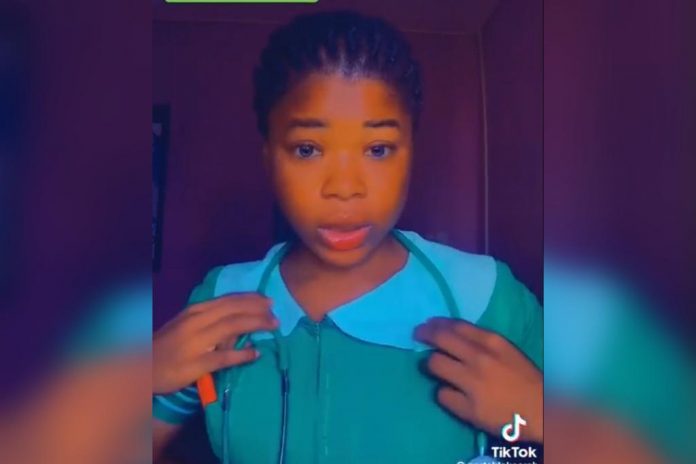 The person at the centre of a social media controversy has expressed remorse over her actions.

The student of the Nalerigu Nursing and Midwifery College was summoned over some comments she made in a video regarding her practice.

Lubabatu Muhammed was seen in the footage on August 5 lamenting that she was forced by her family into the profession.

She seemed to be miming over a voiceover on TikTok which further threatened patients to stay away from any facility she may be posted to as she may end up killing them.

The post subsequently triggered a reaction from the Nursing and Midwifery Council (N&MC) in Accra who initiated disciplinary steps by summoning her.

But the young lady has now expressed regret and apologized for her action.

She is also facing a disciplinary committee put in place by the management of the school in the North East Region.

Speaking to JoyNews, the training nurse explained that the video was made for fun to entertain her followers online and that all words expressed in the video were from a trending voiceover.

According to the student, her brother and others advised that she pulls the skit down, which she did.

“They should forgive me. It was out of ignorance,” she told JoyNews on Tuesday.

She also filmed another video apologising to her TikTok audience which was not enough to deflect the wrath of the N&MC.

“I love my profession,” she is heard saying in the video posted 6 days ago.

“I never mean to hurt anybody in the future when I’m working.”

She is therefore pleading for forgiveness from her school and its allied institutions, Council, her family, and the general public.