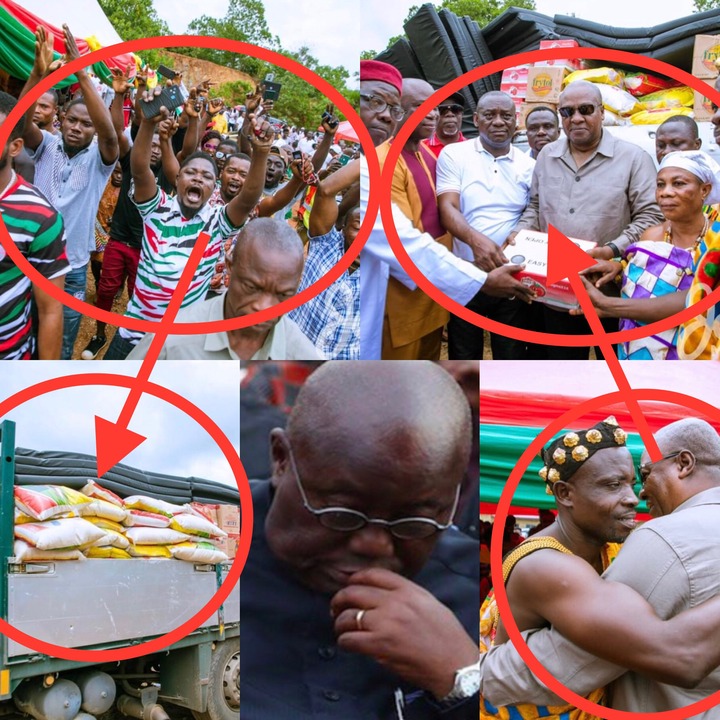 The recent circulating news that has raised massive stir, debates, and arguments across all social media platforms was when the former President and flag bearer of the largest opposition party (NDC) finally stormed another stronghold of the ruling NPP government to do the unexpected.

According to a recent post by the former President, John Mahama, he donated a truck full of non-food and food items in support of the livelihood of the residents in Appiatse amidst complaints about the reduction in voluntary relief support to the people amongst others even though the Akufo Addo government seeks to help the residents within the constituency.

“I handed over a quantity of food and non-food items to the Member of Parliament for Prestea Huni Valley, the Municipal Chief Executive, and the Appiate Disaster Relief Committee to be made available to the people. I also presented them with an amount of money to support the further treatment of some of the injured victims. In my remarks, I reiterated the concern of the affected community about compensation and urged government to act proactively to ensure that the people are supported to bring their lives back on track. The people have appreciated the response and support from government after the disaster but their continued livelihoods are also important”, Mahama emphatically revealed. 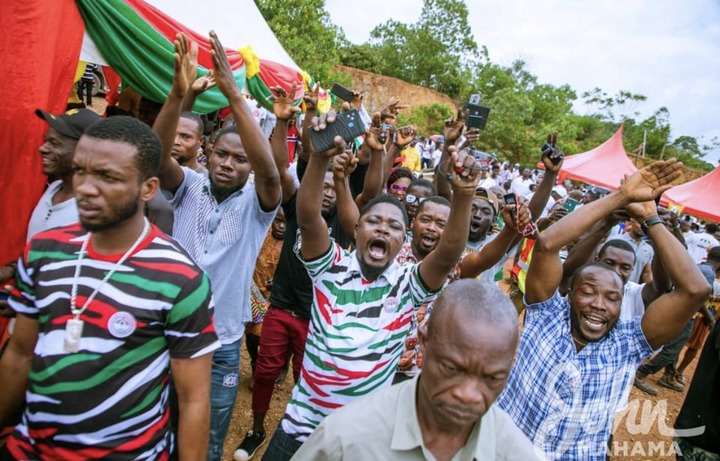 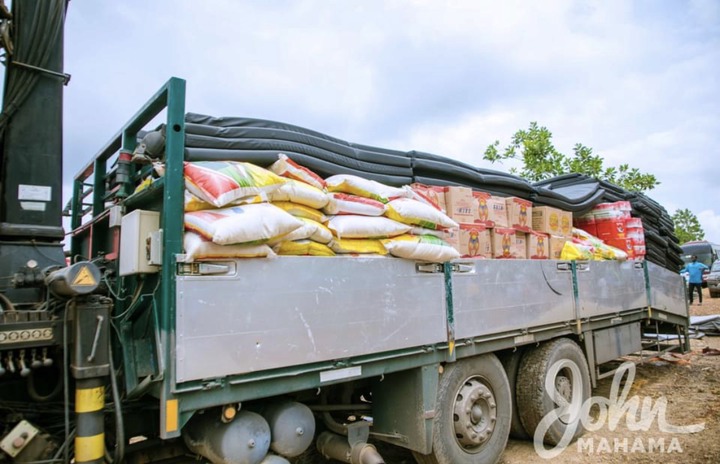 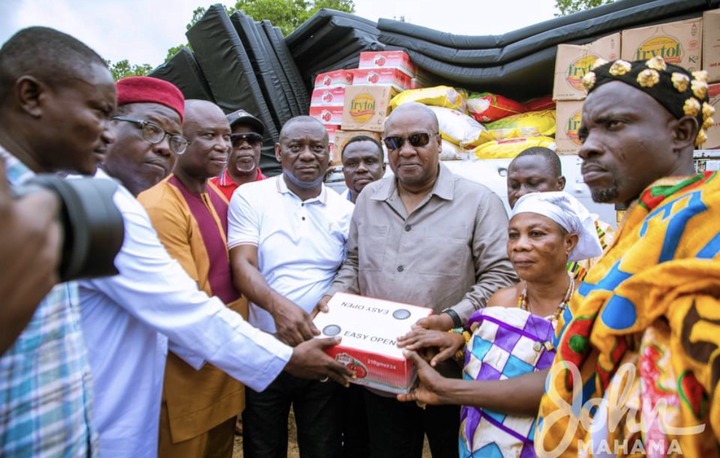 Below is a look at some comments that came through as individuals shared their immense thoughts and opinions after the NDC’s John Mahama unexpectedly stormed Appiatse with a vehicle full of foodstuffs amidst the current economic crisis and hardships across the various regions in the country. 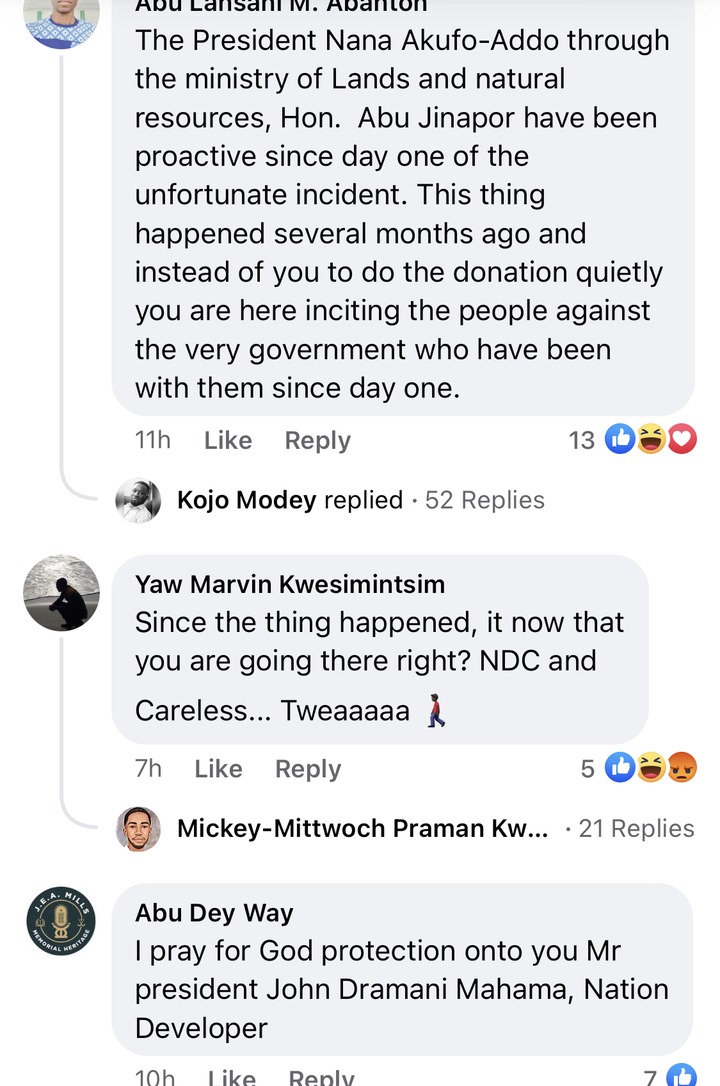 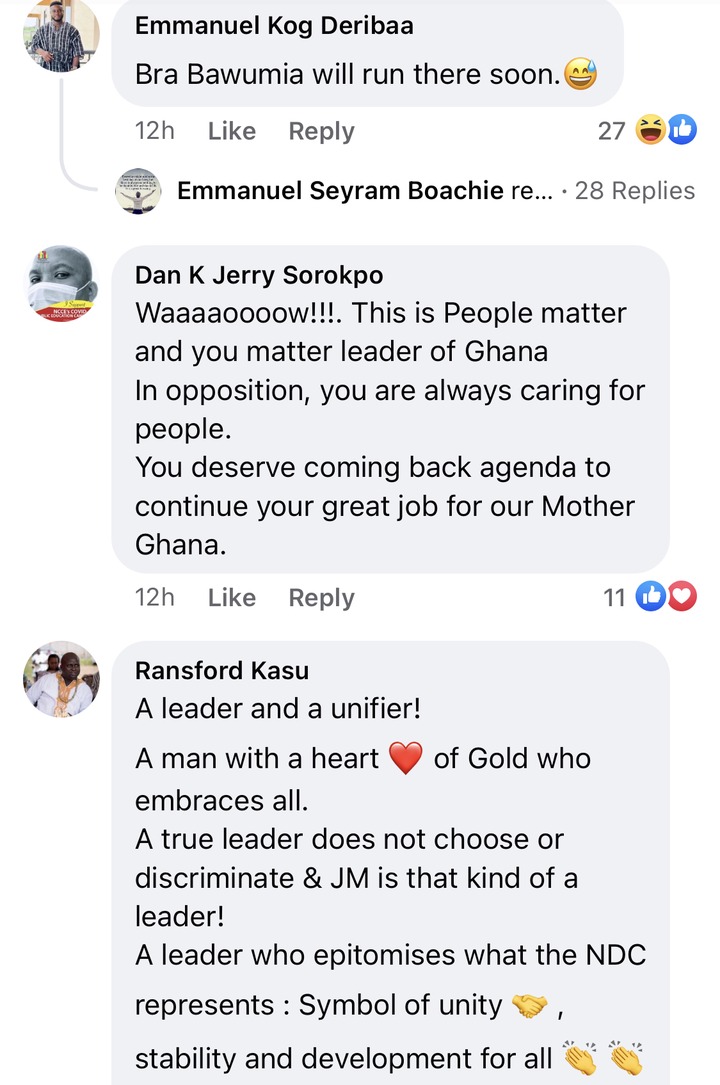 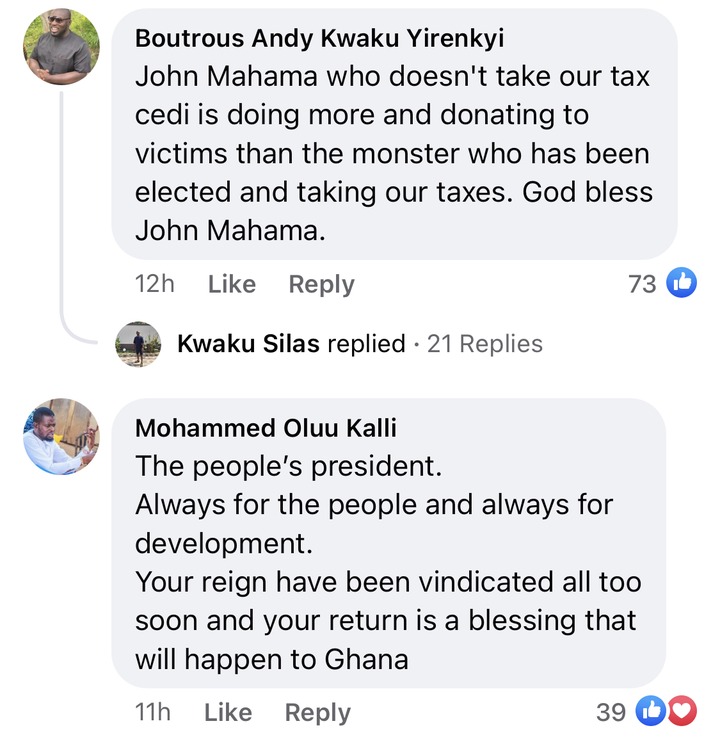 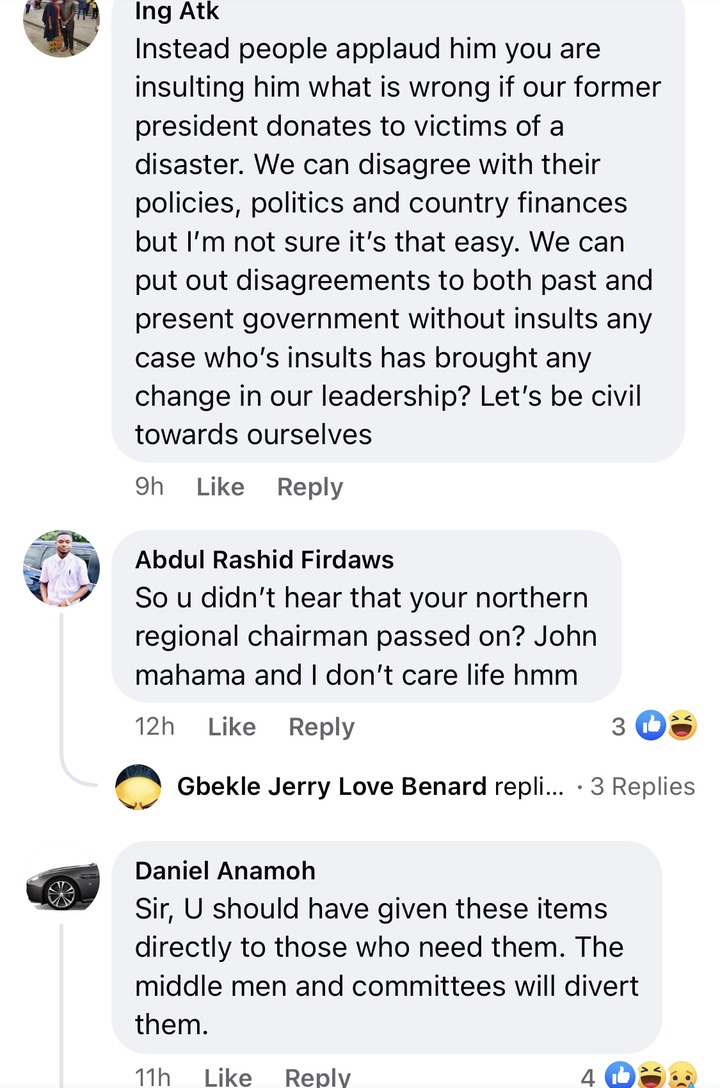 Do you think that Mahama has finally accomplished what the incumbent President couldn’t even in opposition as highlighted by most Ghanaians even though some individuals claimed otherwise?

What are your thoughts after Mahama finally stormed Appiatse with a vehicle full of foodstuffs amidst the current economic crisis and hardship in the country even though most individuals claimed otherwise?

What are your thoughts after the residents in Appiatse which is well known as an NPP stronghold unexpectedly ‘mobbed’ the former President, John Mahama even though most individuals agreed otherwise?