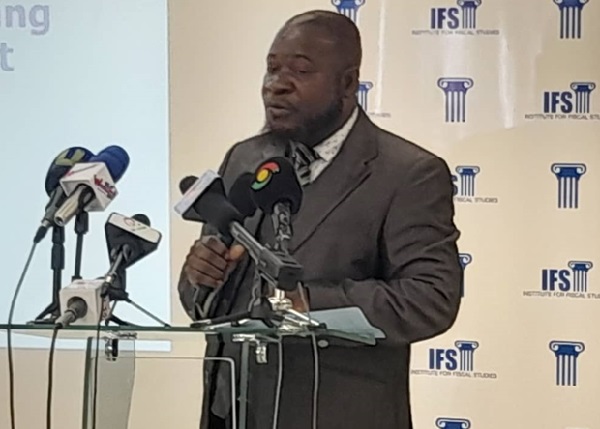 THE INSTITUTE of Fiscal Studies (IFS) has called on the government to implement fiscal consolidation strategies which will help the country turn around its economic woes.

He said the total expenditure, including arrears payment for 2022, is now estimated at GH¢135.74 billion, compared with the original budget target of GH¢137.53 billion.

Dr. Boakye said Ghanaians should be made aware of the true fundamental causes and enormity of the fiscal challenges the country is facing.

He also called for all stakeholders and socioeconomic constituencies to contribute their quota to the solution process, which should be laid out in a clear strategy.

“Secondly, the government should take the initiative to build adequate political consensus for the fiscal consolidation process.

In this regard, honest dealings and full flow of information about what is happening are essential,” he added.

Dr. Boakye further indicated that political leaders, both in power and opposition, should recognise that failure to put a halt to the worsening macro environment will lead to enormous economic pains for all.

He, however, said that though the government has sought the support of the International Monetary Fund (IMF) to help address the fast-deteriorating macro environment, the IMF’s support and its success will depend upon the government’s own strategies and efforts.

He, therefore, asked the government to act swiftly in order not to plunge the economy into “a point of difficult return as is happening to the Lebanese and Sri Lankan economies.”