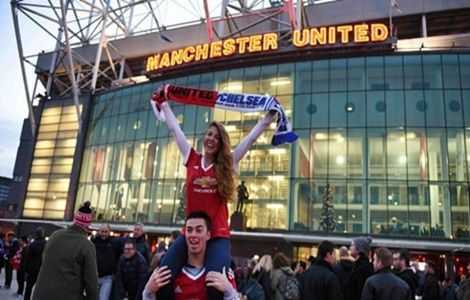 The billionaire has his sights set on Old Trafford as criticism of the current United owners continues to get louder.

Billionaire Sir Jim Ratcliffe wants to buy Manchester United, GOAL can confirm, as the owner of chemicals company INEOS has made it clear he is prepared to buy-out the unpopular Glazer family, if they can be convinced to sell the club. There is growing belief the much-maligned American owners are prepared to release their hold on United in the face of mounting pressure from fans.

Reports in America have claimed they are considering selling a stake in the club, which it is understood Ratcliffe would be open to buying.

However, one of the wealthiest men in Britain would prefer to take full control and has the funds to end the Glazers’ rule.

How much would it cost to buy Man Utd?
Sources familiar with major sporting acquisitions claim it would take around £6 billion ($7.2bn) to buy the club.

Chelsea were sold for a record figure in May when Todd Boehly and Clearlake Capital bought out Roman Abramovich for £2.5bn ($3.2bn), with a further agreement in place that £1.75bn ($2.1bn) will be invested over 10 years. That deal was struck with the Blues under intense pressure to find a quick agreement after Abramovich was sanctioned by the UK government for his links to Vladimir Putin.

Because Manchester United own a significantly larger stadium and are one of most commercially successful clubs in world sport, it is anticipated the Glazers could command a much higher asking price.