Re: Akufo-Addo Has Become Weak And Incapable Of Cracking The Whip – UCC Lecturer 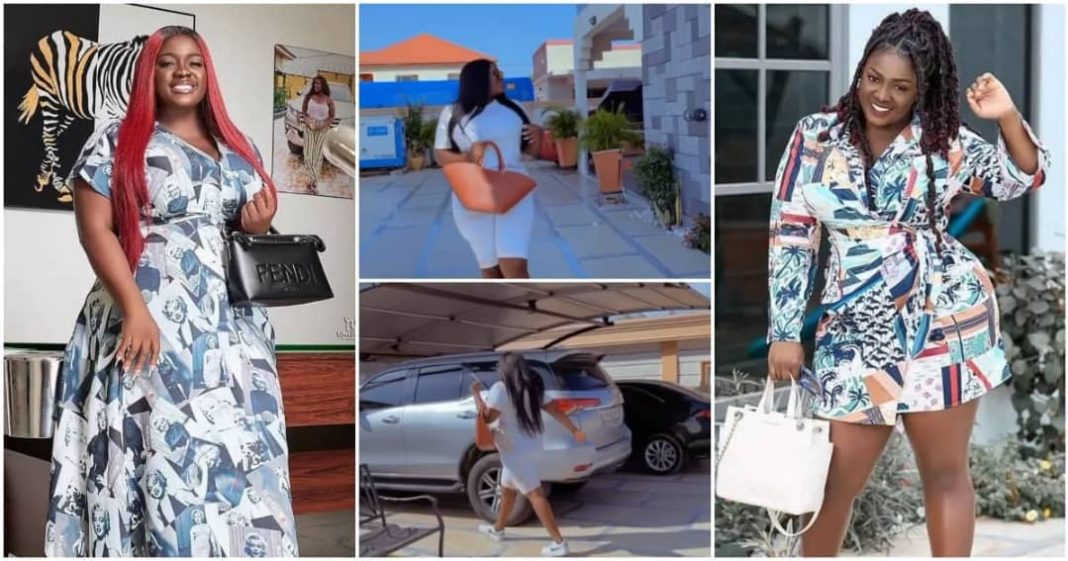 Ghanaian actress and producer, Tracey Boakye has finally broken her silence after rumours of East Legon mansion seizure by her male sponsor (Papa No).

For a long time, Tracey Boakye’s East Legon house has stirred rumours regarding how she acquired the edifice.

Many folks believe that an unidentified man who has been given the alias ”Papano” by Ghanaians is the one that bought the actress the home.

New rumours surfaced in recent weeks after Tracey’s grand wedding that, ”Papano” wants to take the property away from her.

After reports were rife that Tracey Boakye’s male sponsor was seizing her famous Estate Legon mansion following her marriage to Frank Badu Ntiamoah, the actress has taken to her Instagram Stories to make a post about her business.

According to Tracey, she is the rightful owner of the property which she has finally decided to sell off.

READ ALSO :Empress Gifty shows off her curvy body as she hits back at haters (video)

The popular actress in the post sighted on August 17 said: “I am the CEO of K and A properties, I buy, build and sell properties. If a client is interested in any of my properties, including the one I’m staying in now, I will move out and sell it.”

The actress, nicknamed ‘East Legon Landlady’ boasted of owning several mansions across the country adding that one of her properties is available for rent at $3000 per month to interested persons.

Meanwhile, Tracey and her husband, Frank Badu Ntiamoah are on a honeymoon after getting married on July 28, 2022.

Read her statement below:

READ ALSO :Amaarae exposes her raw goodies on stage as she performs with Tiwa Savage [Watch]

Re: Akufo-Addo Has Become Weak And Incapable Of Cracking The Whip – UCC Lecturer