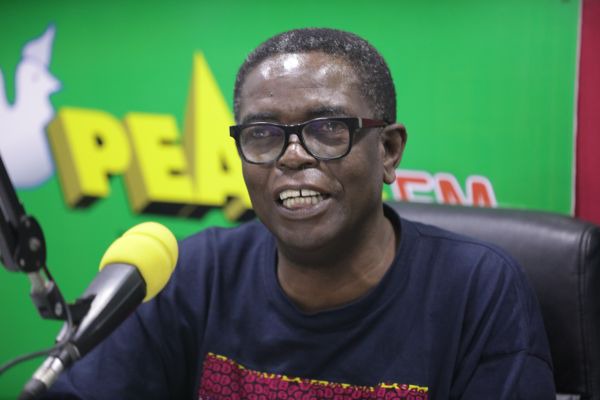 Hopeson Adorye, speaking during a “Walk for Alan” in Kumasi over the weekend, allegedly stated that the NPP’s Vice Presidential berth is an automatic slot for the Dombo faction, while the Presidential spot rotates between the Danquah and Busia lineages.

“If it went to Danquah, arrived to Busia, and went back to Danquah, where should it go now, is it not Busia?” he said.

Hopeson Adorye has drawn the anger of his party’s top members and supporters as a result of his accusations that he is inciting ethnocentric views, but Mr. Pratt believes otherwise.

“.. factionalism is traceable in your (NPP’s) past,” he said on Peace FM’s “Kokrokoo” show.

“There’s nothing wrong with stating this is the candidate I prefer, and hence I’m going to demonstrate to publicly highlight my favorite,” he said.

He alluded to the 1979 elections, claiming that there was a schism in the NPP that gave birth to the Danquah-Busia-Dombo tradition.

He did, however, emphasize that Vice President Dr. Mahamudu Bawumia, to whom Hopeson’s statements have been attributed, does not belong to the Dombo group, as the party would have the party believe.

“For example, when it comes to political DNA, Vice President Bawumia is neither Dombo, Busia, nor Danquah. He is not from your (NPP) lineage. He is from the CPP and has joined your party.”

Following the establishment of these data, the Editor-in-Chief of the Insight newspaper praised the “Walk for Alan,” adding, “we are not being fair if we claim what happened in Kumasi wasn’t right… when you look at the numbers (of people that joined the walk), it was outstanding.”