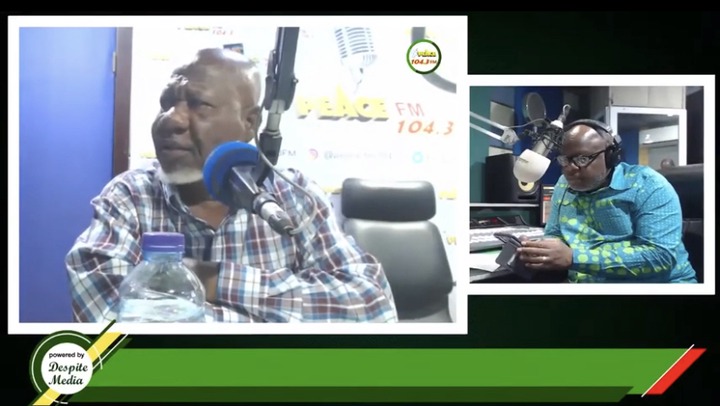 A former of the National Democratic Congress(NDC), Allotey Jacobs has finally “attacked” the finance minister on Peace FM’s Kokrokoo over the bad state of Ghana’s economy. He reveals that Ken Ofori-Atta is not doing well at all and he’s making things difficult for the President and his government. Allotey reveals that if the finance minister had conducted himself well, the country would have been out of this economic crisis long ago.

During his submission on the Kokrokoo on Peace FM, Allotey Jacobs revealed that Ken Ofori-Atta was expected to engage with other experts and groups deliberating on how to rescue the economy but he isn’t doing that. He revealed that the minister and this government can take the bold decision to ban importation to Ghana for a few months so that things can be okay.

“ I think one of the problems of this government is the finance minister, Ken Ofori-Atta. He’s not helping the President and his government at all. He’s part of the reason why the country still finds itself in this situation. I expected the minister to deliberate with experts and groups with needed expertise on how to rescue the economy from its bad state. He should by now know that he can’t do it alone. I also expect him and the government to ban importation for some time so that we can depend on our goods. It’s been done before in our history.” Allotey Jacobs boldly mentioned this on Peace FM.

What’s your take on the thoughts of Allotey? Please leave your comments below and kindly share this article.