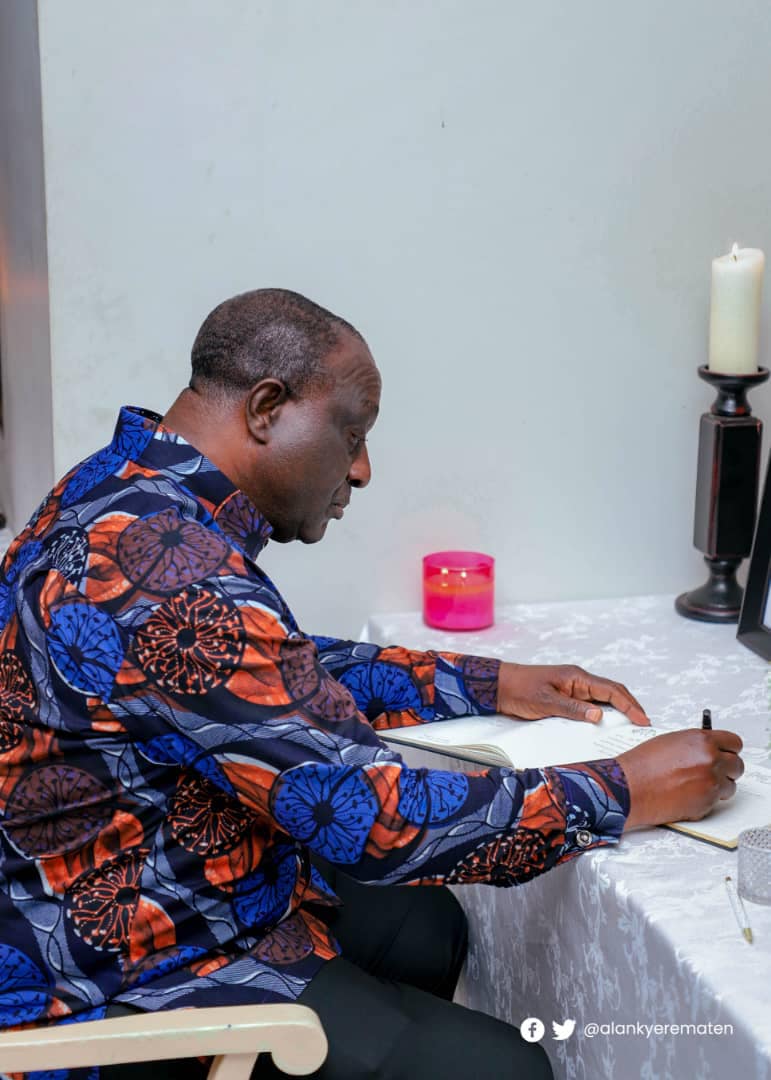 Minister of Trade and Industry, Alan Kyerematen has called for peace in the ruling New Patriotic Party (NPP) following recent confusion sparked by his close associate after a Health walk named ‘Aduru Wo So’ organised in his name in Kumasi in the Ashanti Region.

According to the Presidential hopeful of NPP, he stands for unity and will not support any comment that will derail the unity of the governing New Patriotic Party (NPP).

A derogatory, ethnocentric comments by Hopeson Adorye that running mates slot in the NPP are the sole inheritance of Northerners in the party sparked serious confusion in NPP.

The vocal member of NPP and the 2020 Parliamentary candidate for Kpone-Katamanso made the comment during a weekend keep-fit walk held in support of Alan Kyerematen.

“If it went to Danquah, came to Busia, went back to Danquah, where should it go now, is it not Busia?” Adorye asked.

However, in a statement released on Wednesday, Alan K. Kyerematen said “My attention has been drawn to disturbing headlines and discussions in the media, in respect of comments made by Mr. Hopeson Adorye, after a peaceful health walk organized by individuals from all walks of life, in particular sympathizers of our great Party NPP, in the city of Kumasi on 13th August, 2022.

“I understand, with great concern, that the unintended consequences of these comments, have generated strong reactions from different sections of the Ghanaian public, with the potential of creating divisions within the rank and file of our Party, at a crucial time in its history.”

“The New Patriotic Party has always stood for unity, peace and progress for every Ghanaian. Without a doubt, these are the very same virtues that I have worked tirelessly to uphold, in my years of service to Ghana and to the NPP.

“It is a fact that the peaceful health walk was independently organized, and joined by thousands of well-meaning Ghanaian citizens across Kumasi, to express their passion for the NPP, in addition to their genuine support for what I have come to represent in the Party, through years of dedicated service. Much as I do appreciate this show of support, I would like to strongly caution against any acts or omissions of any individuals or groups of individuals that may disturb the peace and harmony in our party,” he added.

According to him, “It is important that we all fight what seems to be emerging as a dangerous trend in our body politic in Ghana, of using misinformation and propaganda in instigating disunity along ethnic, religious and political lines.

“I passionately believe that it is impossible or inappropriate, to diminish or distort the fundamental contributions and stature of any of the founding fathers of the NPP tradition, and I encourage Party faithfuls to focus on this indisputable fact. Indeed, it is the dedicated service of all the celebrated as well as unsung heroes and heroines of our great Party, that has, and continues to give life to the NPP, till this day. To borrow a leaf from the school ode of my Alma mater, Adisadel College, “Others have laboured, and we share their glory. Ours is to do exploits and add to their gain. Those who come after will take up our story.”

“I encourage Party faithfuls to be vigilant and consistent in protecting this cherished unity that has made our great party a beacon of hope to the people of Ghana, over the past 30 years.

“Let us all pull together, and focus on the task of emerging victorious, in the challenging times we are faced with today as a country. I stand for Unity!” Mr. Kyerematen stated.