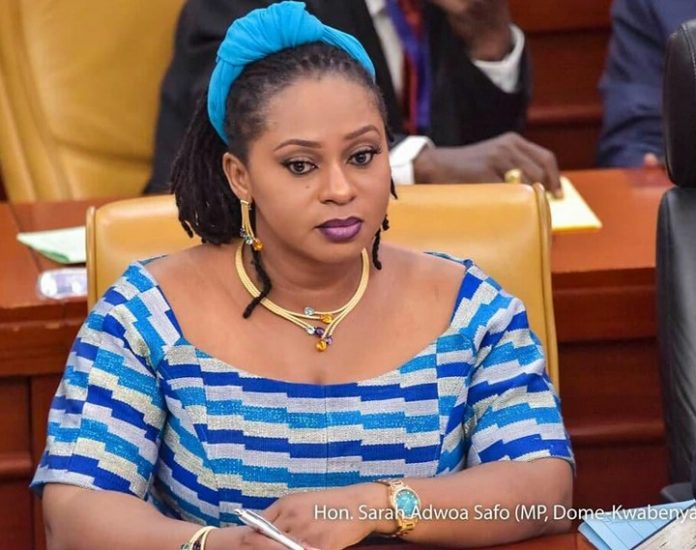 Sarah Adwoa Safo has indicated her acceptance weeks after her position as Gender Minister was terminated. The Dome-Kwabenya legislator believes the change will allow her to focus more on her constituents’ developmental needs.

The Member of Parliament was relieved of her ministerial role after being absent from the country for nearly a year, prompting critics to call for her dismissal.

On July 28, the President decided to respond to these calls after Parliament also tabled a verdict about her eligibility to serve as a representative of her constituency.

Madam Safo, on the other hand, sees a silver lining in her situation. The MP claims she is “aware of my responsibilities to the 75,000 constituents who voted me…” 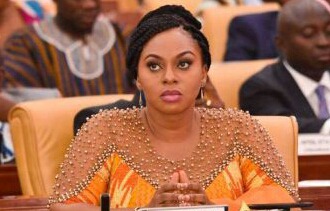 ..this outcome is timely and will provide me more time to focus on my Parliamentary obligations and Constituency interactions, as well as cement the advances we have made as a government at the Constituency level in our effort to break the eight,” the August 5 statement stated.

According to Madam Sarah Adwoa Safo, the President has been understanding of her situation. As a result, Madam Safo has stated that she will be eternally grateful to President Akufo-Addo.

“I am eternally thankful for your patience, compassion, and unwavering devotion over the past year, especially during a tough period for me when I had to be away from the office.”

“Your generous assistance has been very much appreciated, and for that, I will be eternally thankful,” she stated in a letter to the Presidency that was leaked.

Content created and supplied by: Bronzeman (via Opera
News )