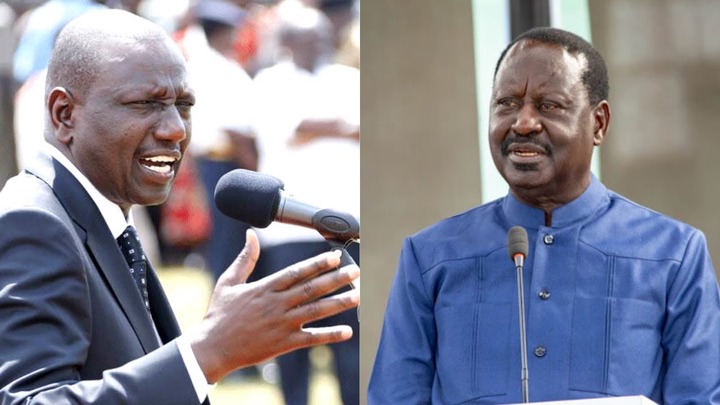 The Kenyan Electoral Commission yesterday announced the results of the national elections held in the country. The election was a 2-horse race between William Ruto and Raila Odinga. The former is the current Vice President while the latter is a former Prime Minister. The elections were interesting because the incumbent President reneged and threw his support for the opposition Raila Odinga.

In the Kenyan elections, Uhuru Kenyatta, the incumbent president supported opposition leader Raila Odinga much to the surprise of all. However, Vice President William Ruto still managed to win with a margin of close to 200, 000 votes. Well, tonight on Paul Adom Otchere’s Good Evening Ghana, the journalist is set to discuss the relationship between the Kenyan elections and that of Kenya. 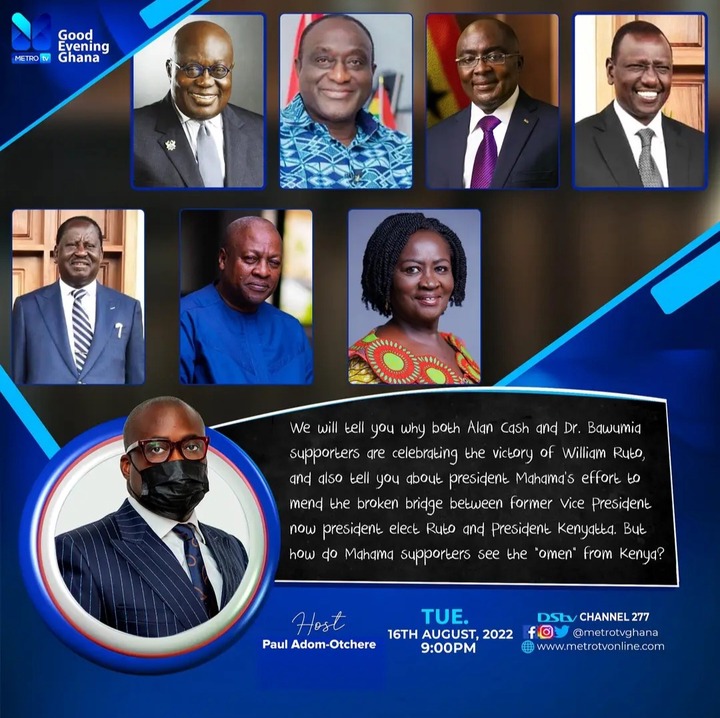 According to the journalist, supporters of Alan Kyerematen and Bawumia are happy. He mentioned that on his analysis he will explain what this means for the John Mahama camp. Apparently, Paul is with the school of thought that believes that with Vice President Ruto winning, it is a sign that Bawumia might also win the race to become the next president of the country. Paul also believes that with Ruto winning power, it means the incumbent government will also break the 8 and keep John Mahama in opposition for another 4 years.

Ghanaians are reacting and lambasting Paul for not focusing on Ghana’s economic challenges rather than focus on another country’s elections. Many say Paul has been paid to deliver a verdict tonight on how the NPP will retain power as the incumbent government won power in Kenya. Check out some of the comments. 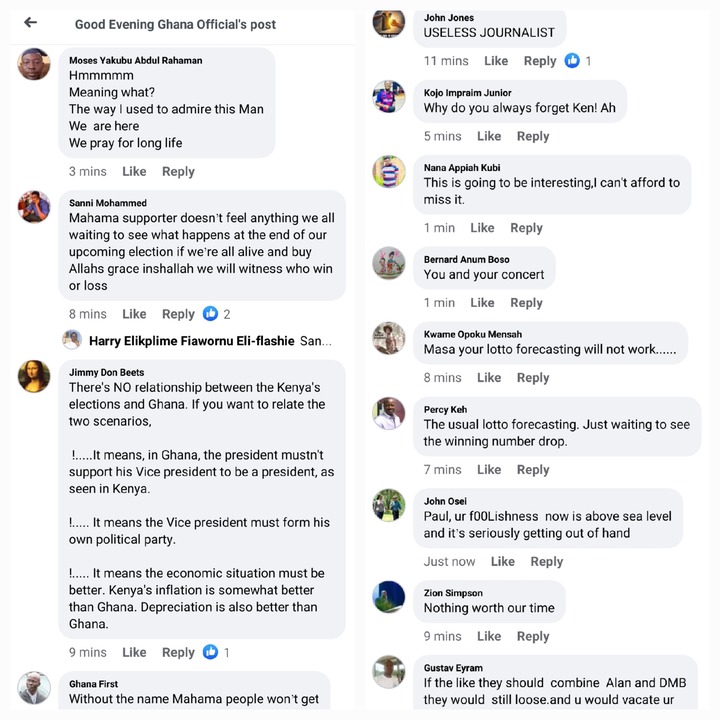