Kylian Mbappe And Neymar’s ‘Relationship Has Broken Down . . . PSG Planning a Crisis Meeting’ | 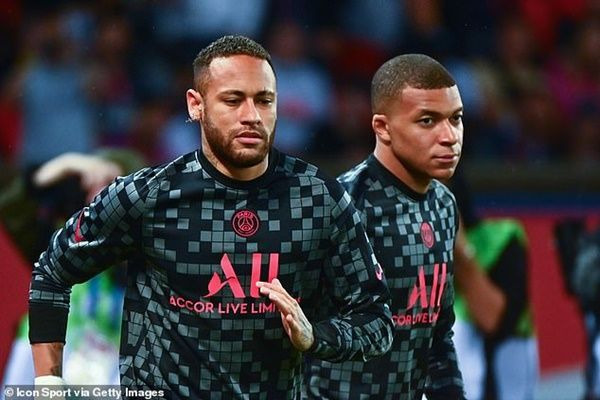 French sports daily L’Equipe claim the pair will have a discussion ‘very soon’ to enable the players to move on from the latest saga in their decaying relationship.

Some reports initially suggested that Mbappe requested for the Brazilian to be moved on this summer with L’Equipe revealing the 23-year-old ‘would not have been against the idea.’

Their relationship has soured in recent times, more so since the arrival to the club of Lionel Messi last summer.

The fruitful friendship once enjoyed between the pair has now been reserved for Neymar and the seven-time Ballon d’Or winner, leaving Mbappe out in the cold.

Tensions rose again on Saturday night when Neymar ‘liked’ a series of tweets suggesting Mbappe’s penalty-taking duties were a part of his contractual rights.

The Brazilian is widely regarded as the club’s best penalty taker but Mbappe was given the task of stepping up from the spot to fire Christophe Galtier’s men ahead in Saturday’s 5-2 win over Montpellier, but saw his spot kick saved.