I’ve helped Stonebwoy before, I did not know he’s a f00l like this- Tinny spits fire » ™ 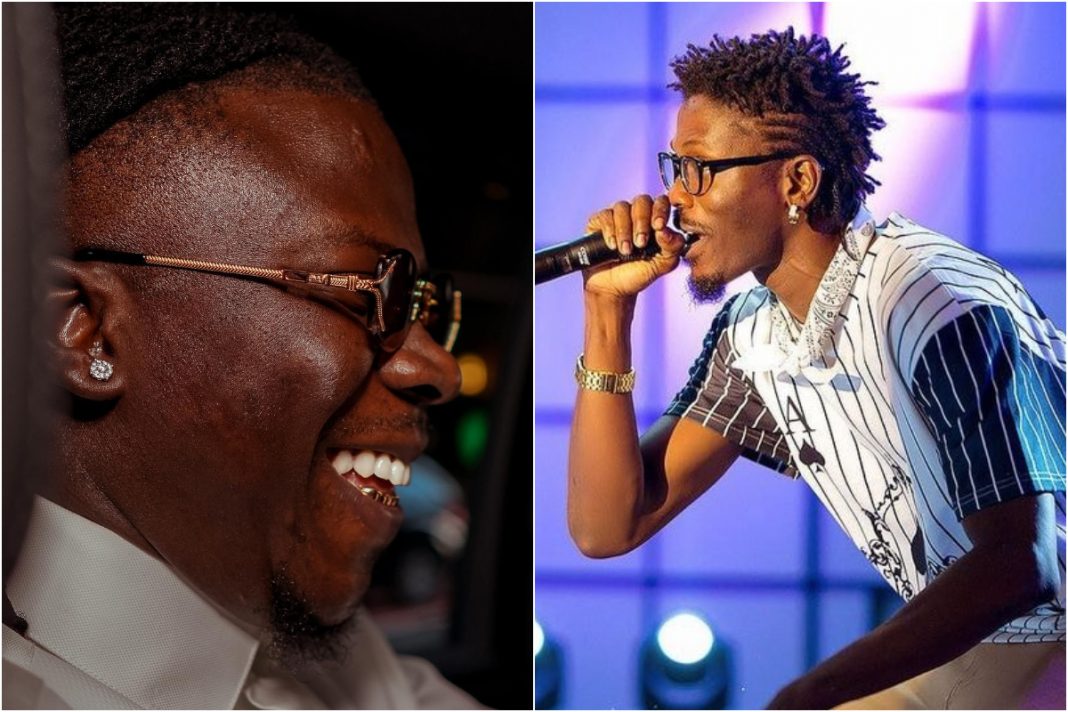 Tinny was in a very bad mood when he was hosted in the studios of Okay FM by Abeiku Santana.

He reacted for the first time to a viral report that he owned an event organiser who confiscated his car for refusing to perform at a Valentine Day’s event after he was paid ¢2,000 to headline the concert.

Back in May this year, it emerged that Tinny charged a show promoter at Worawora in the Oti Region ¢2,000 to headline his show but he failed to show up.

The event promoter, Yaw Menkasa, therefore, told Hitz FM’s Prince Tsegah on ‘U Say Weytin’ that all efforts to get Tinny to refund the money proved futile so he reported the matter to the police.

At the same time, Stonebwoy was scheduled for an interview on the same platform at moment and when he heard the story, he offered to pay the money.

“I saw it as just a bunch of fools, a bunch of idiots who had gotten the opportunity to be on radio. Merqury Quaye is number one, the toppest idiot. The other guy who was also speaking was also a fool.

And I wasn’t expecting my colleague Stonebwoy to also be a fool. Stonebwoy also joined the fools to be a fool,” Tinny also known as Aletse Kankpe said.

He added that even the bloggers that carried the story are also foolish because they did not call him to verify the claims by the event organiser.