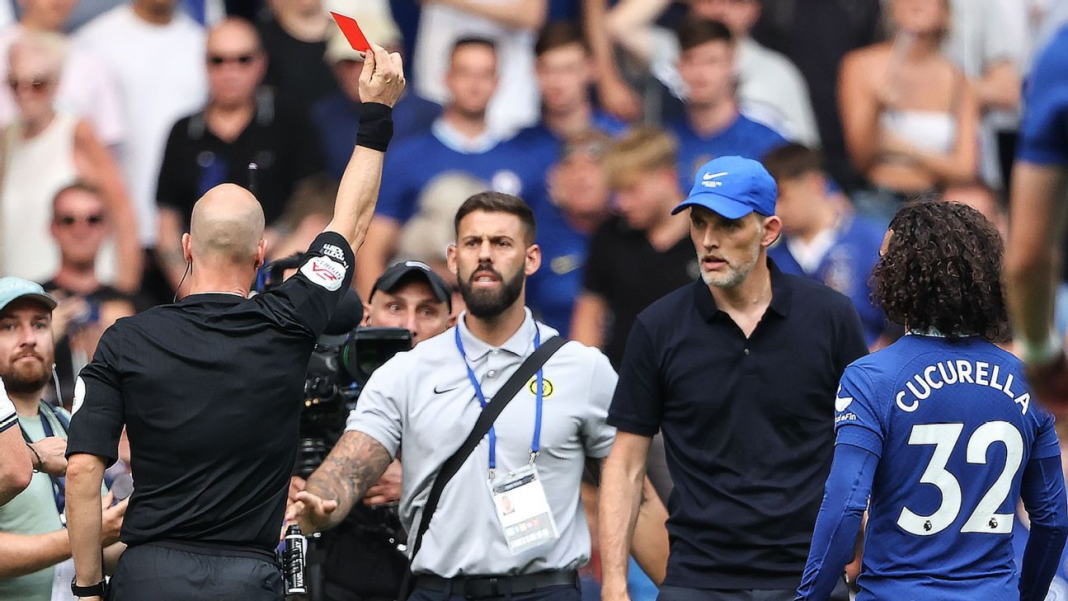 The German suggested that Taylor should not referee Chelsea matches in future.

“I can assure you that the whole dressing room of us, every person thinks that,” he said.

The Blues were furious that Taylor failed to penalise Rodrigo Bentancur for a challenge on fellow midfielder Kai Havertz in the build-up to Spurs’ first equaliser.

The resulting melee led to face-to-face fury between the two managers which ended with Tuchel and his opposite number Antonio Conte receiving yellow cards.

But with tempers still running high, both men got involved in another spat at full-time and were sent off.

However, the red cards do not trigger an automatic suspension, meaning both are almost certain to be in the dug-out for next weekend’s games.

The FA will review the video footage of the incident and look at the referee’s match report before deciding on any charges. There is also a right to reply for both managers before it finally goes to a commission.