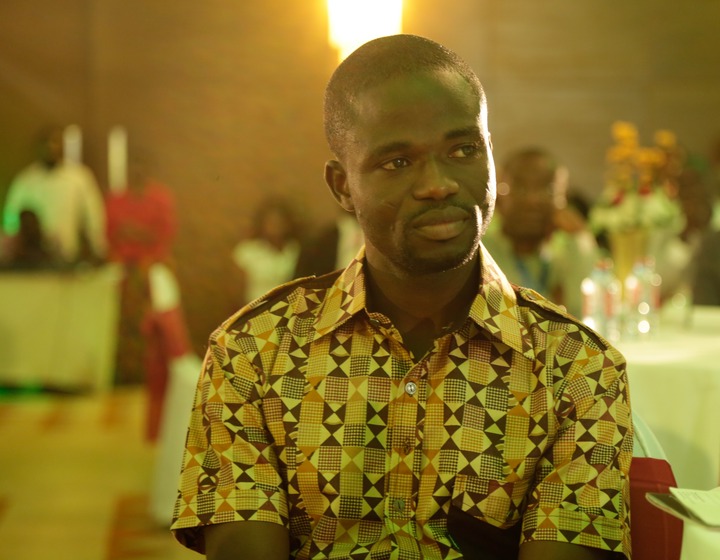 Popular and investigative journalist, Manasseh Azure Awuni has asserted that FC Barcelona seems to be the La Liga version of Manchester United despite dominating at the transfer market. Many fans have reacted with some saying that He can only compare Man U with the Ghana Cedi.

“Despite dominating the transfer market, Barca appears to be the La Liga version of Manchester United. Uninspiring. Patternless.”

The comments of Mannaseh comes in wake of Barcelona’s gooaless draw with Rayo Vallecano at the Former’s home , Camp Nou. The match saw Sergio Busquet recieving a red card for the home team.

Manchester United in the premier league also succumbed to their 2nd defeat in the league after being whipped by 4 goals to nil by Brentford. Last week they also lost to 2-1 to Brighton & Hove Albion at Old Trafford. 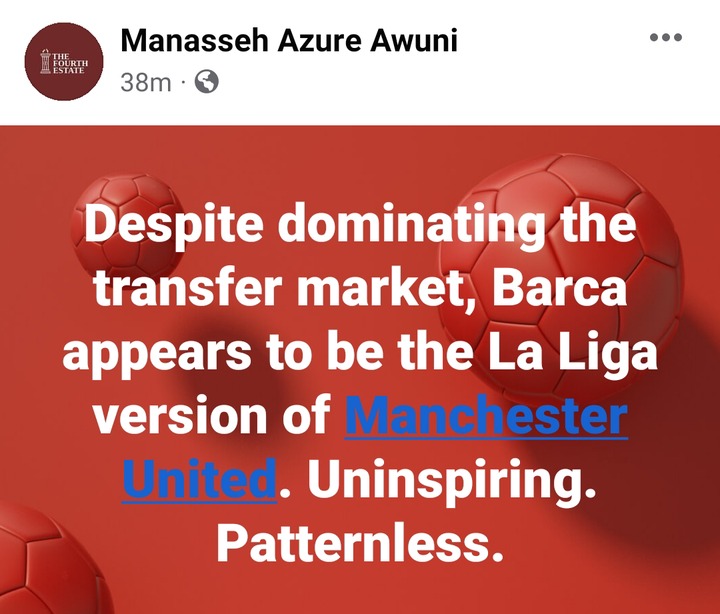 Both Barcelona and Manchester United dominated in the transfer market. They also made good impression during the Pre- season.

“You have to delete this because it’s “blasphemous”.How do you compare that Banku Team performance to that of Barca.” A user said. 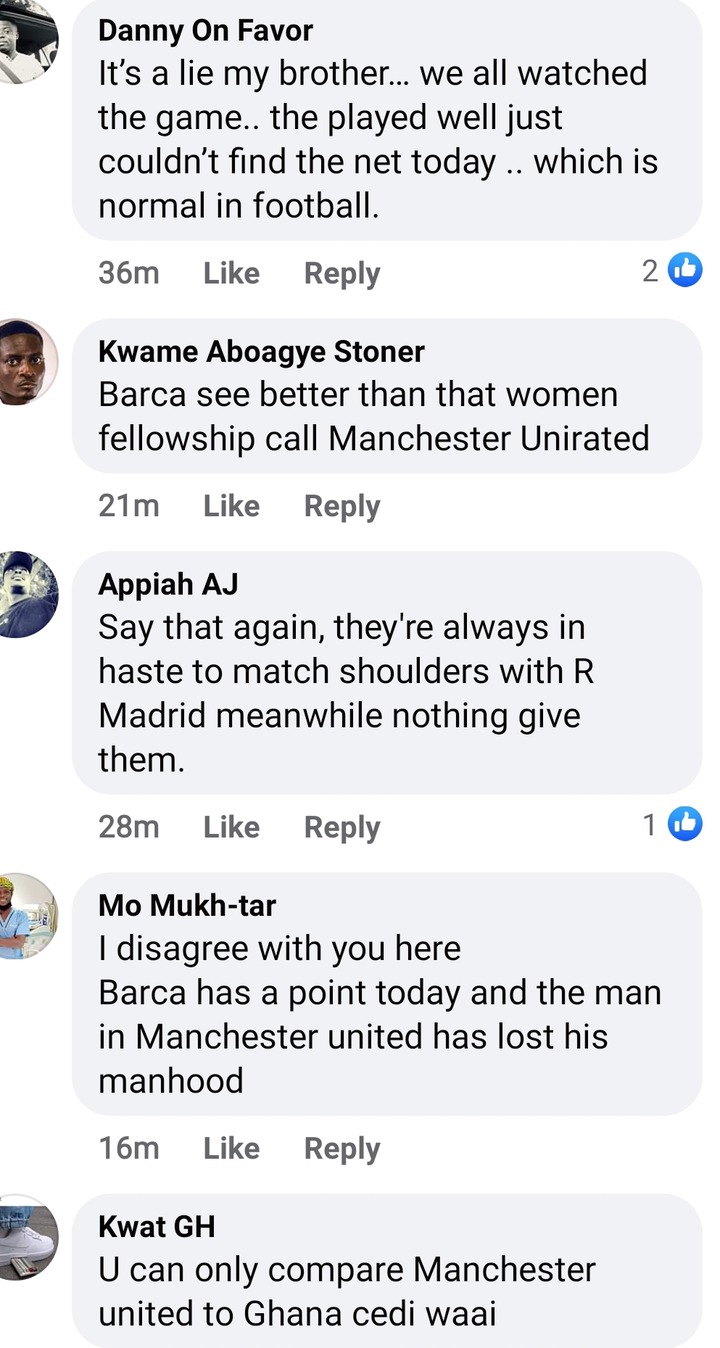 We didn’t concede any goal, unlike Man United. So, no pressure, Barca will bounce. A user also said.