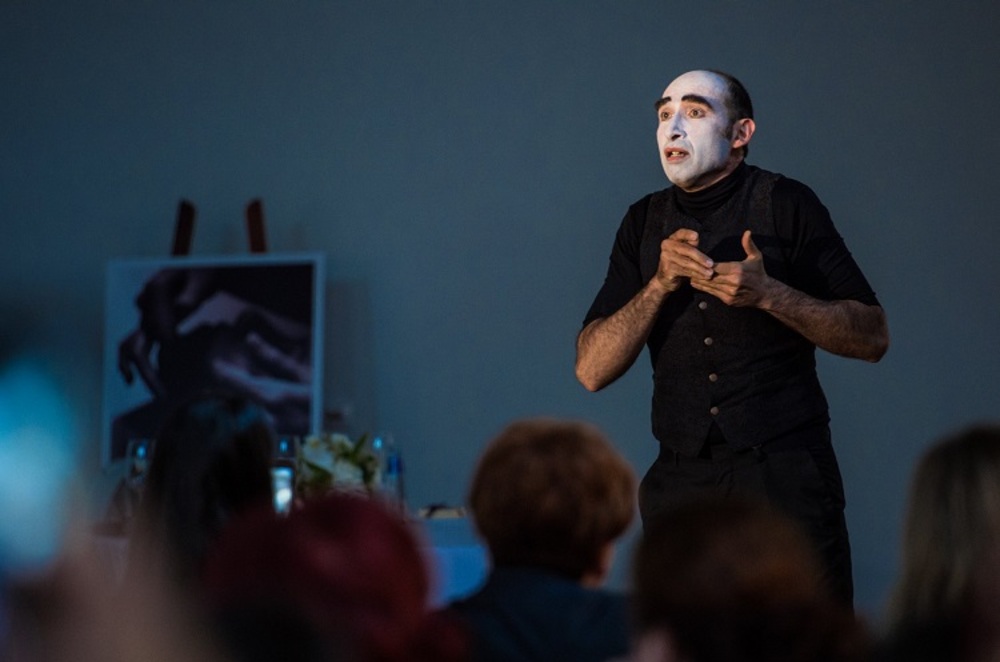 Sofia, Aug. 14 (BTA/GNA) – Cirque du Soleil, Marcel Marceau, and Walt Disney. The connection between them is world-famous Bulgarian mime artist Guerassim Dichliev. He learned from the great French mime artist Marceau, and it was not long after he became his assistant. Dichliev’s path took him far ahead and today he is part of the team of the most famous circus – Cirque du Soleil, whose shows were watched by over 200 million spectators around the world.

Here is what Dichliev told in a BTA interview about his life abroad, his professional path and he challenge to start his life from scratch in different countries.

“I lived in France for 25 years, and now this is my third year in Florida. I have never planned to live outside Bulgaria, it happened just like that. Back at the time, I went to France to study. I wanted to bring my knowledge back to Bulgaria, but I graduated and stayed there. I became an expatriate. It turns out when you leave your house, your neighborhood, your city, your country, when you board the train, the plane, the ship, you become a stranger, a foreigner. In French, by the way, they use the same word for both stranger and foreigner – étranger. My point is, once you leave, there is no going back. And you’re already a foreigner everywhere. Both here and there”, Dichliev said.

Working with Cirque du Soleil is an honour, responsibility and much, much joy, Dishliev told BTA. “Cirque du Soleil came into my life fairly recently. Somehow, our paths have not crossed until 2010. Until then, I thought I have no chance of intriguing them. Then, by chance, I met Yves Sheriff, the circus’s casting advisor, specialized on clowns and physical actors. He saw my “Monologue with a Suitcase” and invited me to an audition and… they hired me. Since then, I’ve been part of the circus artist bank. But lo and behold, it took almost ten years for a role to come up and I was cast for one of the lead roles in Drawn to Life, the new show of Cirque du Soleil, created in partnership with Walt Disney World,” Dichliev added.

“The joy is always there because every day (we have two shows a day, five times a week) I have fun. My soul rejoices with the gymnasts’ somersaults, the acrobats’ flights, the huge steps of the stilts, the pirouettes of the monocycles, the precision of the juggler. My eyes fill with the laughter of the children, the delight of the youngsters, the gaping mouths of the mothers and the satisfied faces of the fathers at the magic that our show manages to recreate on stage,” the Bulgarian gladly shared.

Dichliev also revealed the most important lesson he has learned by his mentor Marcel Marceau.

“Marceau taught me poetry. The poetry of movement, stage poetry, poetry to present your character, the theme, poetry as life in the theatre, as a symbol of the actor’s creed. The word poetry itself, I came to understand this later, does not carry as much romance in it as action. The poet is the man who makes things happen. He creates. Now and here, a wordless creation, but a creation full of meaning. Marceau’s purpose of life was to create that poetry. On stage, his characters told parables about humanity, and they were always full of faith and hope, even the darkest of them. I believe this is one of the reasons for the immense popularity of Bip [Marceau’s best known stage persona Bip the Clown]. That was his timeless character – born in the post-war period when humanity needed poetry, faith and hope the most. I see that we still need that. It seems like mankind, or at least some of it, never learned the lessons of the past. That is why Bip’s poetry is still needed. And we need to spread it by all means hoping it will reach all the people or at least most of them. Hoping that it will restore belief in goodness. Let me not be described as an immature naif, I am a grown-up young man. My idea is based on physics – not the physics of the soul but quantum physics. There are particles and antiparticles in nature. The most important thing is that the particles outnumber antiparticles by at least one. To put it in another way, there is more light than darkness in the universe, more good than evil, more poetry than its opposite. This is how Marceau taught me to believe in goodness. Marceau and physics”, Dichliev said.