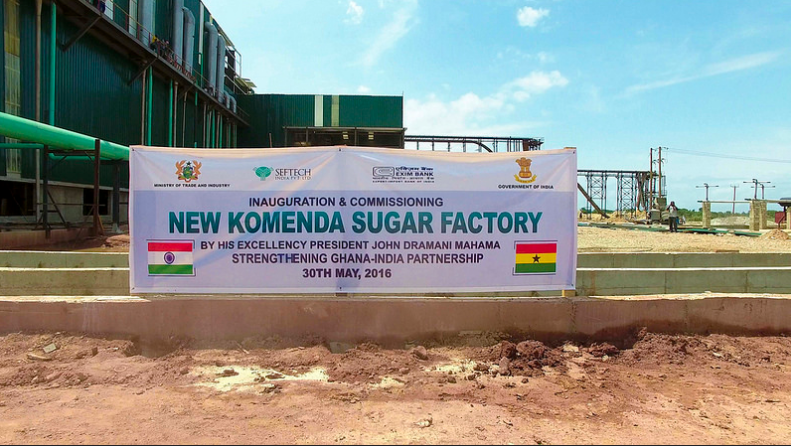 The Komenda Sugar factory has begun a test run prior to the factory beginning commercial operations.

Brown sugar was produced after the test run, according to the Municipal Chief Executive (MCE) for the area, Solomon Appiah.

Additionally, the factory has secured over 22,500 acres of land from the Sekyere Hemang, Shama and Winneba enclaves to grow sugarcane and at the same time buy from the out growers to support the factory.

The MCE also indicated that the five kilometres stretch that links the factory has also been awarded for construction.

He is optimistic that reviving the factory will boost economic activities in the area.

“It’s true that we are doing a test run. That is the stage we are, for us to start proper production. This means that, we are checking on the efficacy of the machines we have installed, repaired and added on. We have gone to the communities to inform the out growers to buy their sugarcanes, and we have a lot of them, and they are at the factory as of now.”

Recently, the Minister for Trade and Industry, Alan Kyerematen indicated to Parliament that a test run for the revamped Komenda Sugar Factory will soon commence.

An attempt to operate the factory under the Mahama administration was fraught with challenges even after it was commissioned.

Answering questions in Parliament, Alan Kyerematen said there are aspects of the project that are still a subject matter of investigation by the Economic and Organised Crime Organization (EOCO).

“From the initial findings of a forensic audit report, we are aware that the factory has been valued at an amount of $16.9 million as against a cooked value that was inherited of over $36 million. That has been a major problem in finding a strategic investor to run, manage and invest in this factory.”

“The matter is before EOCO, they are undertaking further investigations in this matter. It will help us understand the difficulties that we have had both under the previous and current governments in finding a strategic investor to take over the factory at a good value.”

He noted that the government, “as responsible as it is, is committed to doing all it can to ensure that the people of Komenda get the full benefits of the factory.”