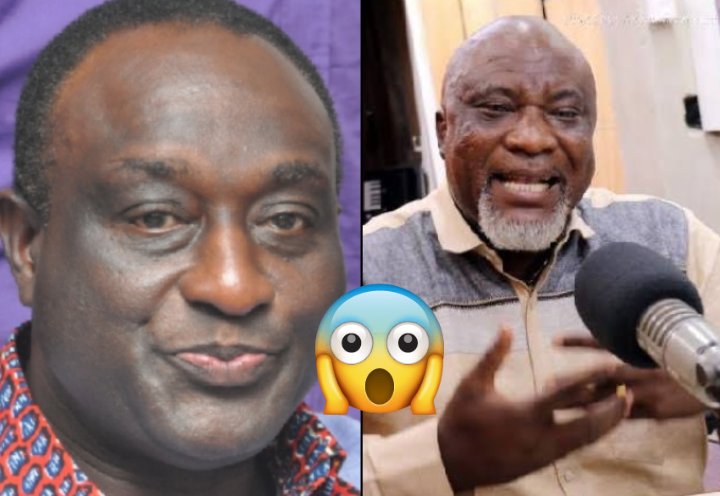 The member of Parliament for Nsawam Adoagyiri constituency, Honorable Frank Annoh Dompreh, who doubles as the Majority Chief Whip in parliament has reacted to the comment made by Hopeson Adoye on Saturday.

It could be recalled that during the Adurowoso Health Walk which was organised by some supporters of Alan Kyeremanten in Kumasi, Hopeson Adoye, who seems to be their leader made some unpatriotic comments that has generated several reactions on social media and among the NPP.

According to Frank Annoh Dompreh, Alan Kyeremanten should kindly urge Hopeson Adoye to retract his statement immediately. He added that such political campaigns will not be accepted in the party.

“Chief Alan Kyeremanten should as a matter of urgency call on his Director of Operation, Hopeson to retract his unfortunate comment forthwith. We have a beautiful Party with a respected Tradition, let’s conduct a civil and clean campaign” he posted 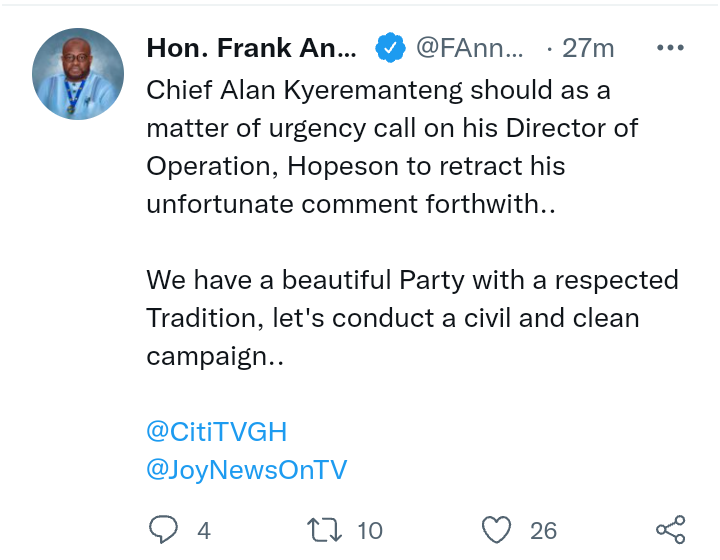 Hopeson Adoye has however reacted to this trending news and has made it clear that the media misunderstood what he said. According to him, he never said that the Northerners are always fit for running mates positions.

Tell us what you think about this by commenting below