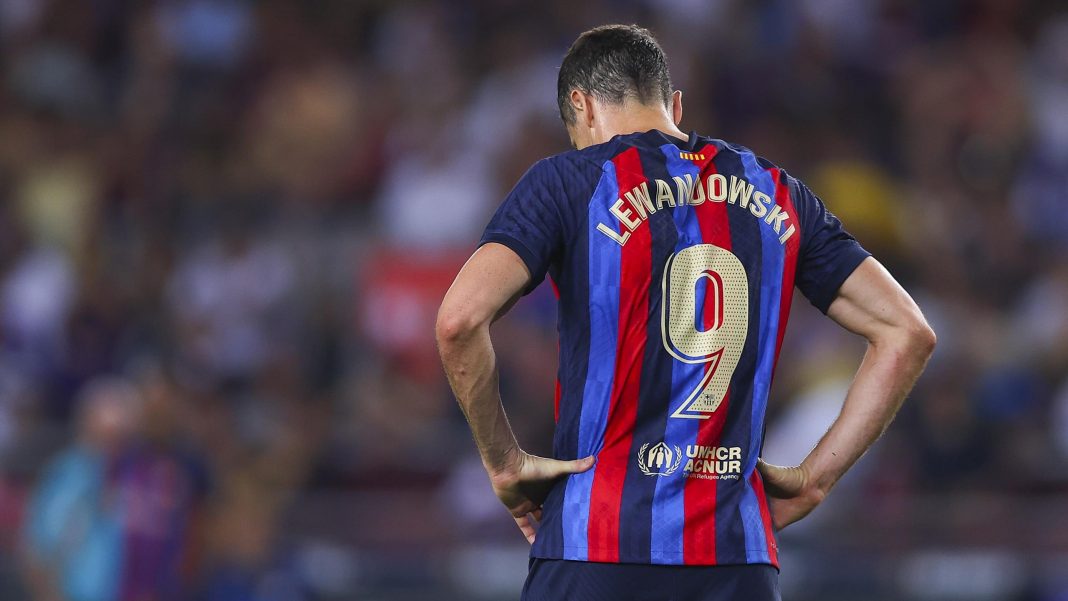 Barcelona were forced to settle for a point in their La Liga opener, thrashing out a goalless draw with Rayo Vallecano at Camp Nou.

After a summer spent frantically pulling at economic levers, this was Barca’s first chance to show off their new signings – other than Jules Kounde, who they weren’t able to register in time – in a competitive setting. While all eyes were on Robert Lewandowski ahead of his first start in La Liga, he was largely anonymous in the first half as the hosts struggled to find their rhythm in attack.

Raphinha, another of Barca’s new arrivals, could feasibly have won a penalty just under 10 minutes in when he got in behind on the right only to go down under pressure from Fran Garcia in the box. It was a light touch, however, and referee Alejandro Hernandez Hernandez declined to intervene.

That seemed to throw off the former Leeds man, who went on to squander a series of set-pieces and presentable chances. While he combined well with Ousmane Dembele – swapping flanks with his teammate midway through the first half as Xavi Hernandez tried to unsettle Rayo’s defence – he twice failed to hit the target after being set up in a promising position.

Barca had the lion’s share of possession, but Rayo had probably the best chance of the first half just before the break when Alvaro Garcia raced down the left flank, cut inside and sent Ronald Araujo the wrong way with a clever shimmy. He looked destined to score, but Marc-Andre ter Stegen managed to smother the shot at close range.

Rayo picked up where they had left off in the second half, Pathe Ciss winning the ball high up the pitch and kickstarting an attack which ended with Sergio Camello rounding Ter Stegen. He hesitated with the net at his mercy, allowing Ter Stegen to scramble across the face of goal before attempting a difficult dinked finish which dropped narrowly wide.

Xavi made a triple change on the 60-minute mark, bringing on Frenkie de Jong, Sergi Roberto and Ansu Fati for Gavi, Christensen and Raphinha respectively. Barca were far more assertive after that, carving out better chances for Lewandowski and tightening the net around their opponents.

Ansu Fati and Sergio Busquets both drew acrobatic saves from Rayo goalkeeper Stole Dimitrievski, but Barca still couldn’t break the deadlock. With a little under 10 minutes to go, Xavi brought on Pierre-Emerick Aubameyang in pursuit of a late winner.

It looked like it might pay off when, having been set up by Lewandowski, Aubameyang thrashed a shot at goal with Dimitrievski stranded. Unfortunately for Barca, Alejandro Catena made a fantastic goalline clearance before, in a show of frustration, Busquets was sent off in injury time for a stray elbow on Radamel Falcao.