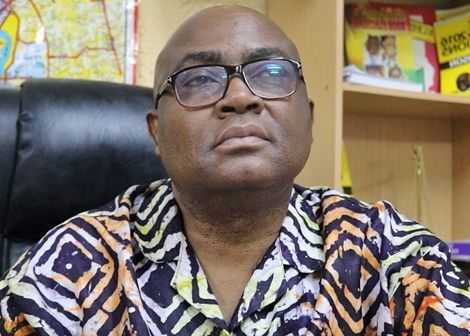 Global InfoAnalytics, a fast rising research has vehemently disagreed with Ghana’s most popular pollster, Mr Ben Ephson on the possible effects of the refusal of President Nana Addo Dankwa Akufo-Addo to reshuffle his ministers.

According to a report filed by Ghanaweb, Mr Ben Ephson in an interview with JoyFm on Thursday opined that the President’s decision would have no implication for electoral fortunes of the ruling New Patriotic Party when Ghanaians go to the poll to exercise their franchise come 2024.

He contended that voters are more likely to assess the government’s performance in terms of their socioeconomic welfare in deciding who to give their mandate.

However, reacting to Mr Ephson’s opinion when the story was published by Ghanaweb on Facebook on Friday, Global InfoAnalytics, insisted such assertion is faulty and does not represent reality.

The research which has carried out multiple election surveys in recent times, predicting victory for John Mahama and the opposition NDC in 2024, argued that injecting new ministers into the administration could help stabilize the current challenges which will possibly translate into electoral fortunes of the NPP in 2024; adding, breaking the 8 mantra by the ruling party will become a mirage unless the prevailing economic circumstances see some transformation.

“Failure to reshuffle may send a signal to current ministers that their performance that got us here is satisfactory and no need for any fresh ideas.

“This will affet the overall performance of the government and would have direct link to the bread and butter issues which the voters consider when voting in 2024. current situation persists, there will be no chance of breaking the 8”.

Content created and supplied by: THE_FIFTH_ESTATE (via Opera
News )