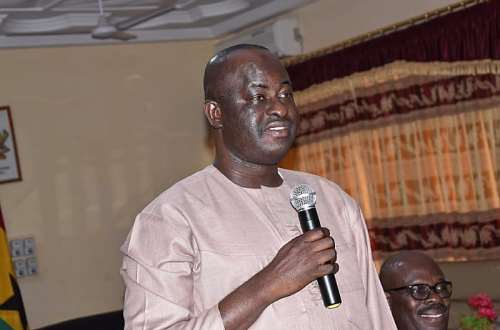 Dr. Hafiz Bin Salih, the Upper West Regional Minister, has appealed to the Passion Air Company to consider re-opening its daily flights between Wa and Kumasi to enhance business activities.

He said traders in the region considered Kumasi as a business hub and therefore daily flights would help boost commercial transactions between the two regions.

Dr. Bin Salih made the appeal when Mr. Edward Annan-Accantable, Manager of Passion Air Company and other officials paid a courtesy call to him on Wednesday.

The Regional Minister also pleaded with Passion Air, which was airlifting Travellers from Accra-Wa daily, to   double its flights on Fridays and Sundays.

This, he said, would facilitate the movement of people who come home to attend funerals and other activities during the weekends and return to Accra to perform their business.

Dr. Bin Salih urged the Company to float its shares, as many business-minded people in the region were prepared and willing to buy the shares if the Company deemed it fit.

He said the operations of Passion Air had always been his priority to boost the air transport business in the region and “it is my prayer to see its transactions flourish because I consider it as one of my achievements for the people of the region.”

Mr Annan-Accantable said he was in the region to familiarise with the operations of the Company and to also know the workers and encourage them to deliver quality services to the people.

He encouraged Dr. Bin Salih not to rest on his oars while he was alive on earth, but to do his best for the people he was mandated to serve.

He appealed to the people in the region to endeavour to patronise its services to boost business transactions to enhance incomes and livelihoods.

Mr Samuel Ato Hagan, the Upper West Regional Manager of Passion Air Company, said patronage of the flight was encouraging and promised to make available the services of Passion Air to the people.