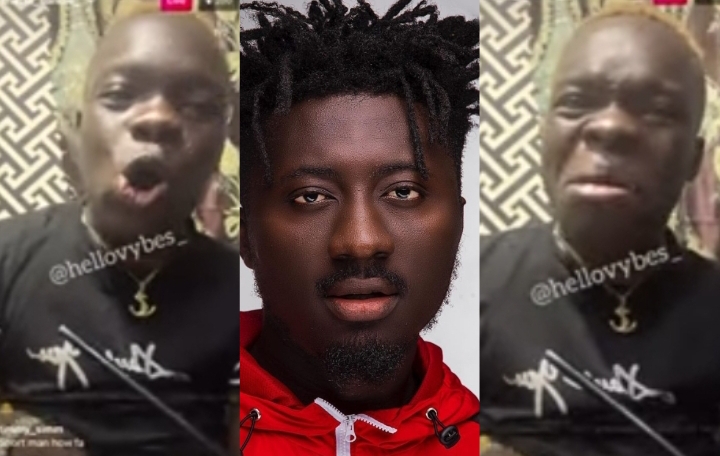 Shatta Bundle clashes with Amerado Burner over his controversial song “Sin No More”.

Popular Ghanaian diminutive Internet sensation, Firdaus Iddrisu also known as Shatta Bundle has descended on Ghanaian embattled rapper, Amerado Burner for using his name as a euphemism in his song ‘Sin No More.

“Sin No More” is the third diss song composed by Amerado Burner to Lyrical Joe on their ongoing lyrical banter.

Firdaus Iddrisu popularly known as Shatta Bandle is a dwarf in his 20s, born in Karaga district in the Northern Region of Ghana. He is currently one of the newest internet sensations in Ghana after a video of him claiming to be richer than the richest man in Africa, Aliko Dangote started circulating.

He is not only popular in Ghana but in Nigeria, South Africa, Kenya, and the Benin Republic after Nigerian communities posted and tweeted about him as well as their reactions to his video.

Reports have it that Shatta Bandle has a sponsor by the name Nana Kojo Boateng a.k.a Dada Joe Remix but claims his net worth is over 9.6 billion USD. He also stated that he used to run a provision shop but is now into oil and gas.

Although Shatta Bandle brags about his wealth, he has been accepted by a lot of people including celebrities both in Ghana and Nigeria, and has been interviewed on a number of radio and T.V stations. This has definitely made him more popular and extended his boundaries because he has a unique sense of humor.