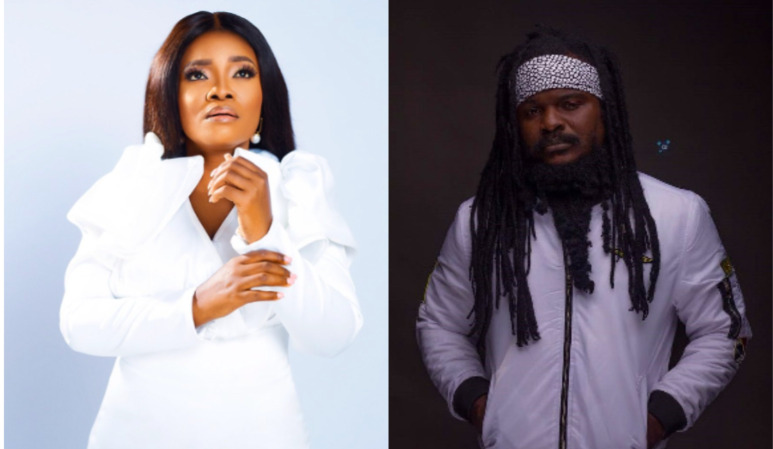 Gospel star Ohemaa Mercy of Ghana has gushed over the “Me Mpaebo” song by reggae/dancehall star Kojo Kurankye, also known as Ras Kuuku.

Ohemaa Mercy said that “Me Mpaebo,” written by Ras Kuuku, is a gospel song, not a secular one, in an interview with the well-known presenter Doreen Avio on Hitz FM’s Daybreak Hitz.

This award-winning gospel singer claims that the song, originally performed by a reggae/dancehall artist, is really a powerful praying hymn.

READ ALSO: I know my enemies in this industry & they know me too – Ras Kuuku blows hot

The former VGMA Reggae/Dancehall artist of the year was really making a prayer to God in his music, as she disclosed.

According to her own words, “Ras Kuuku’s Me Mpaebo is a gospel song. This music serves as an intercessory prayer. As we speak, he is on his knees, praying to the Lord.

In 2020, Ras Kuuku released “Me Mpaebo,” which is widely regarded as one of his finest musical efforts; ten years later, he remains at the top of his game as a recording artist.