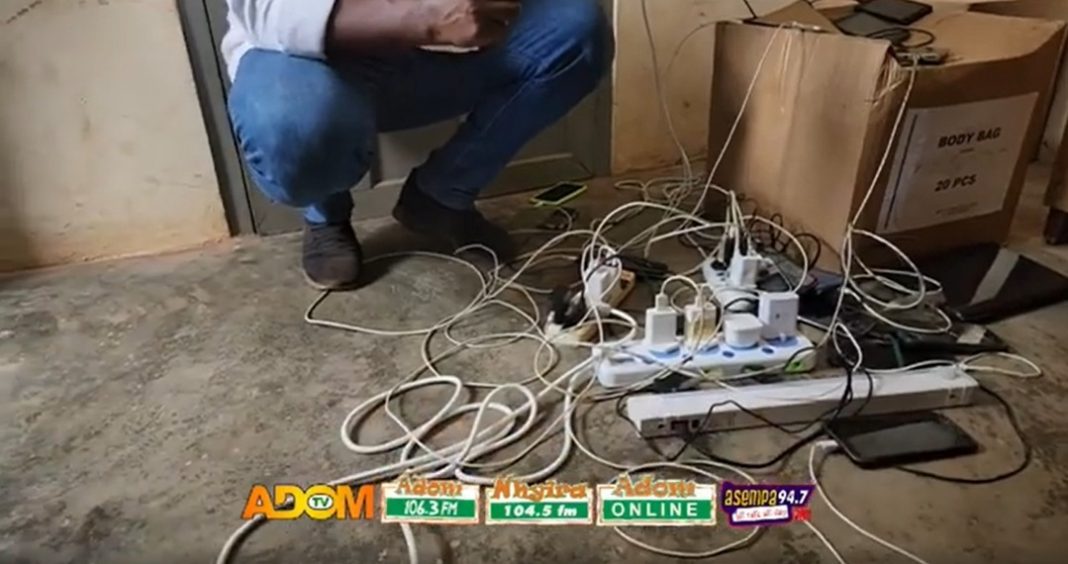 It has emerged that some residents of Odumase in the Lower Manya Krobo Municipality now charge their phones in the mortuary due to the power cut in the area.

According to the head of the department, Mr Amotey, residents from far and near troop to the mortuary every day to charge their phones.

In a day, he revealed he charges over 20 phones with a lot more always in a queue.

He made this known on The People’s Forum, a segment on Adom FM’s morning show, Dwaso Nsem Thursday.

Mr Amotey explained that as a result, he now closes very late in the night just because he wants to help the residents.

The development is in the wake of the community-wide power cut over an alleged exchange of gunshots between the military and some residents at Nuaso.

This comes a few days after a youth activist, Edmund Aboagye, revealed operators of mortuaries are asking families to come for the remains of their loved ones.

He said about five families have received incessant calls from mortuary attendants to retrieve their bodies because they are rotting at the facility.

According to him, the mortuary attendants say they cannot afford to fuel the generators that keep the facility running.

But according to Mr Amotey, the charging comes at no cost to the beneficiaries.

It can, however, not be established if hospital management has sanctioned his activity or if it is being done on their blindside.