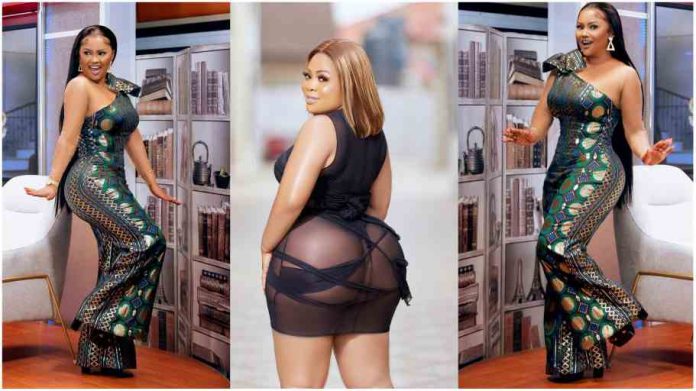 Kisa who spoke to Blagogeegh.com confirmed that although she has revealed in several interviews and shared her experience via her YouTube channel, what she did isn’t easy.

It’ll be recalled that Nana Ama McBrown affirmed on United that she did liposuction because she wasn’t enthused with her body.

According to Kisa, liposuction is not so painful, but with a tummy tuck, after I gave birth to my baby boy I was depressed and I was overeating, which lead me to embark on the tummy tuck journey with my doctor.

“Initially I told my doctor that I want to go for “McBrown’s” liposuction but the doctor advised that tummy tuck will help me more, but with liposuction, there be more excess skin after surgery in months and will undergo another lipo surgery again,” she said.

When quizzed on why Ghanaians backlash ladies when they undergo body transformation? She said, “well I won’t blame them that much, but it’s the kind of country we find ourselves in, but for me, I’m not bothered about what people say.”

Kisa who describes her new look as “banging body” added that it’s not easy but she’s happy with her transformed body and even feels more confident than before.

“…I did a lot of research about my tummy tuck, hospital, and the Turkish doctor because I knew the pros and cons before embarking on the journey after childbirth,” Ms. Gbekle asserted.

The two-time movie producer (Kisa Gbekle) advised ladies, that there’s nothing wrong if you undergo body transformation since it makes one feel confident.

Watch the interview below

READ ALSO :Nana Ama McBrown got candid about getting liposuction: “My tummy was sagging so I did it”