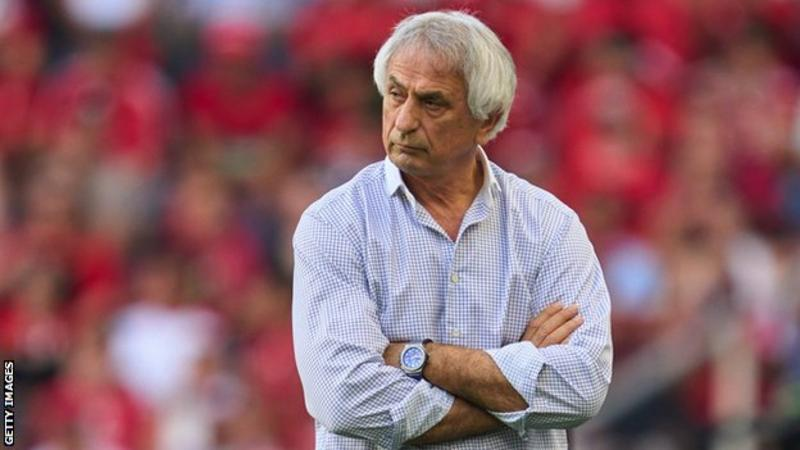 The country’s football federation (FRMF) said the decision was taken because of disagreements on how to prepare the Atlas Lions for the finals.

“The two parties have agreed to part ways amicably,” a statement from the FRMF said.

Halilhodzic, 69, took charge of the North Africans in August 2019.

He led the side to the quarter-finals of this year’s Africa Cup of Nations in Cameroon and then secured World Cup qualification in March following a 5-2 aggregate win over DR Congo.

The Bosnian’s departure clears the path for the return of Chelsea winger Hakim Ziyech to the Morocco squad, following a highly publicised spat involving the pair.

The 29-year-old quit international football in February and then turned down a call-up for March’s World Cup play-off against DR Congo – but FMRF president Fouzi Lekjaa subsequently said the door was open for Ziyech to return.

Speculations about the future of the Halilhodzic had been rife in the local media after Lekjaa announced that Ziyech would be a part of the World Cup squad.

Morocco will face 2018 runners-up Croatia, Belgium and Canada in Group F at the World Cup finals in Qatar.

Halilhodzic’s departure from the Morocco job marks the third time he has been fired by a country he helped qualify for the World Cup.

Ivory Coast and Japan both reached for the global showpiece under his charge – but he lost both jobs before the respective tournaments took place.

His dismissal by the Ivorians came after the Elephants fared poorly at the Nations Cup some six months before the 2010 World Cup, and he was replaced by Sven-Goran Eriksson.

The Japanese Football Association, meanwhile, cited “communication” problems and claimed Halilhodzic had lost the trust of his players when he was sacked two months before the 2018 tournament.

Former Nantes, Lille and Paris St-Germain manager Halilhodzic coached Algeria to the last 16 at the 2014 tournament in Brazil, where the North Africans lost 2-1 after extra time to eventual champions Germany.

Morocco will now seek to appoint a successor, with former international Walid Regragui, who led Wydad Casablanca to the African Champions League crown in May, among the candidates for the job.

Supporters ‘were not satisfied’

It was a question of time. In Morocco, we all knew there was a big difference between the vision of Vahid Halilhodzic and that of the Moroccan football federation.

They wanted him to have good relations with all their players, including Hakim Ziyech and Noussair Mazraoui, who has recently joined Bayern Munich.

Halilhodzic was stubborn and refused to call them up. This was against the wishes of Moroccan fans.

Despite qualifying for the World Cup, fans were not satisfied with performances and the general atmosphere inside the national team.

When Wydad Casablanca won the Champions League, we knew Walid Regragui was the man to replace Halilhodzic.