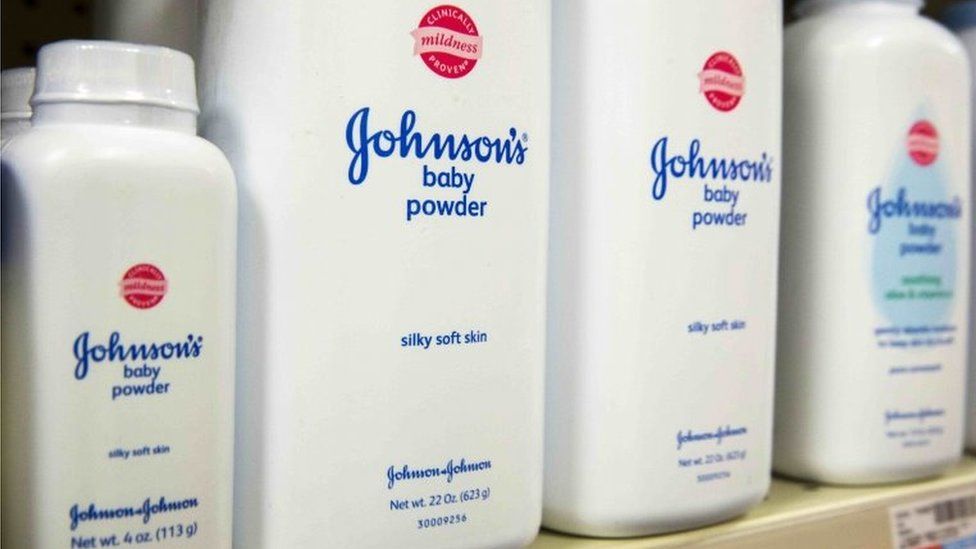 Johnson & Johnson (J&J) will stop making and selling its talc-based baby powder around the world from next year.

The announcement comes more than two years after the healthcare giant ended sales of the product in the US.

J&J faces tens of thousands of lawsuits from women who allege its talcum powder contained asbestos and caused them to develop ovarian cancer.

But the company reiterated its view that decades of independent research shows the product is safe to use.

“As part of a worldwide portfolio assessment, we have made the commercial decision to transition to an all cornstarch-based baby powder portfolio,” it said in a statement.

The firm added that cornstarch-based baby powder is already sold in countries around the world.

At the same time J&J reiterated its position that its baby powder is safe to use: “Our position on the safety of our cosmetic talc remains unchanged.”

“We stand firmly behind the decades of independent scientific analysis by medical experts around the world that confirms talc-based Johnson’s baby powder is safe, does not contain asbestos, and does not cause cancer,” it said.

In 2020, J&J said it would stop selling its talc baby powder in the US and Canada because demand had fallen in the wake of what it called “misinformation” about the product’s safety amid a number of legal cases.

At the time the firm said it would continue to sell its talc-based baby powder in the UK and the rest of the world.

The company faces lawsuits from consumers and their survivors who claim J&J’s talc products caused cancer due to contamination with asbestos.

Talc is mined from the earth and is found in seams close to that of asbestos, which is a material known to cause cancer.

A 2018 investigation by the Reuters news agency claimed that J&J knew for decades that asbestos was present in its talc products.

Reuters said that internal company records, trial testimony and other evidence showed that from at least 1971 to the early 2000s, J&J’s raw talc and finished powders sometimes tested positive for small amounts of asbestos.

In response to evidence of asbestos contamination presented in court rooms, media reports and to US lawmakers, the firm has repeatedly denied the allegations.

In October, J&J created a subsidiary, LTL Management, assigning its talc claims to it. It later placed it into bankruptcy, which paused the pending lawsuits.

Before the bankruptcy filing, the company faced costs from $3.5bn (£2.87bn) in verdicts and settlements, including one in which 22 women were awarded a judgement of more than $2bn.

In April, a shareholder proposal calling for an end to global sales of the talc baby powder failed.

Johnson’s Baby Powder has been been sold for almost 130 years and became a symbol of the company’s family-friendly image.

Baby powder is used for preventing nappy rash and for cosmetic uses, including as a dry shampoo.