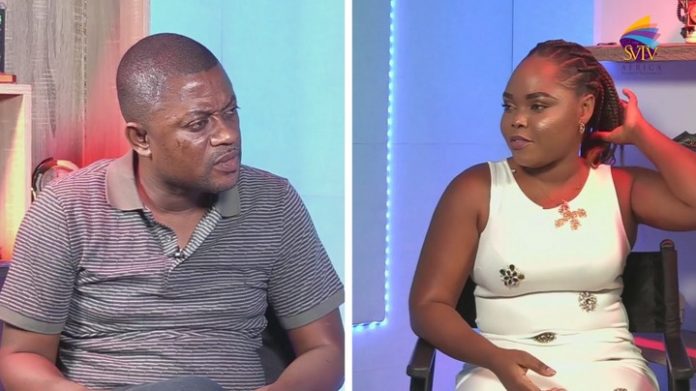 Make-up artist Charity Dede Quashie has disclosed that she had to flee from her family home to Accra because her mom was overprotective and blocked all chances of getting a better life.

Speaking on SVTV Africa, Charity indicated that she believed that she had to move from her place of birth to succeed. It came as a result of the opportunities she missed while living with her parents. As a result, she fled at dawn to Accra from Afienya to stay with a high school friend.

Dede mentioned that she lost out on two opportunities to travel abroad because her mother was scared and chose to keep her under her wings.

“My mom cherishes me, so she did not want me to be far from her, but I realized that it wouldn’t help me if I stayed. I missed so many opportunities to travel abroad, but she disapproved of them.

Four different people tried to help me. The First person wanted to take me to America to cater to her kids, but she was scared even though she knew the person well,” she told DJ Nyaami.

Dede revealed that gospel musician Stella Aba Seal knew her family and wished to employ her as a backup singer.

“She was not very popular then, so my mom refused. I found out about her later on. The fourth opportunity I missed was from a police officer. He wanted to take me abroad to live with his grandparent, and again she said no.”

Charity moved to Accra in 2012 and took a secretarial course in 2013 while working. Presently, she is a make-up artist and sells Shito as well.

Kindly watch the full video below;