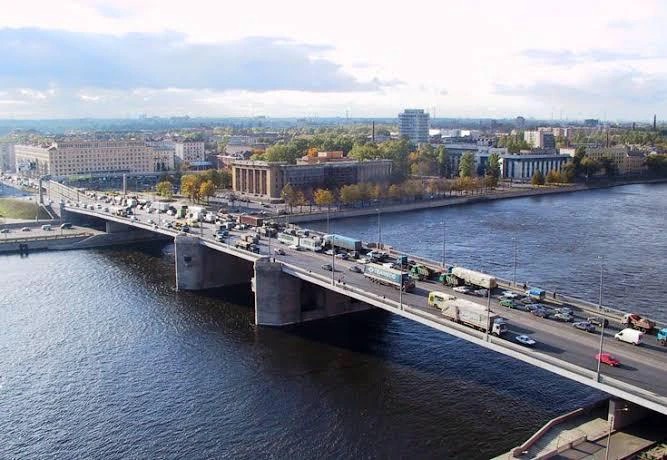 There are many architectural and engineering marvels in Russia, from some of the world’s most powerful airplanes and ships to some of the most impressive aircraft carriers and bridges. Tourists come to St. Petersburg from all over the world to see the movable bridges, a true symbol of the city. The raising process has even been turned into a musical show.

The history of Palace Bridge dates back to 1901, when a competition for designs for a permanent bridge at the site was announced. This bridge can move, split and divide. This is one of the most beautiful bridges in the world built by Russians. 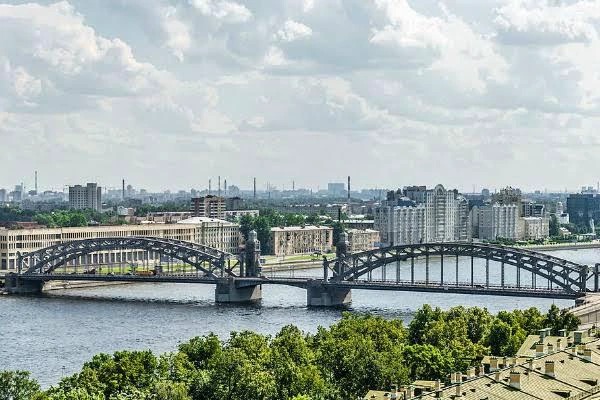 Although it is only a 20th century creation, Palace Bridge is undoubtedly one of the most famous sights of St. Petersburg, and is quite literally unmissable for most visitors to the city, who will find themselves continually using the bridge to move between Palace Square, home to the Winter Palace and the Hermitage Museum, and the numerous historic attractions on Vasilevskiy Ostrov. 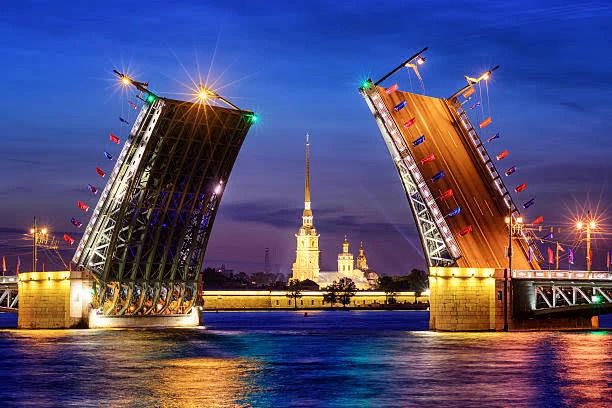 The bridge connects the Spit of Vasiliev sky island and Palace square and goes over the Bolshaya Neva. Palace bridge consists of five spans, and its raising span is 56,5 meters wide which makes it one of the largest in the world. The spans weigh 4868 tones, the counterweight is 2800 tones. 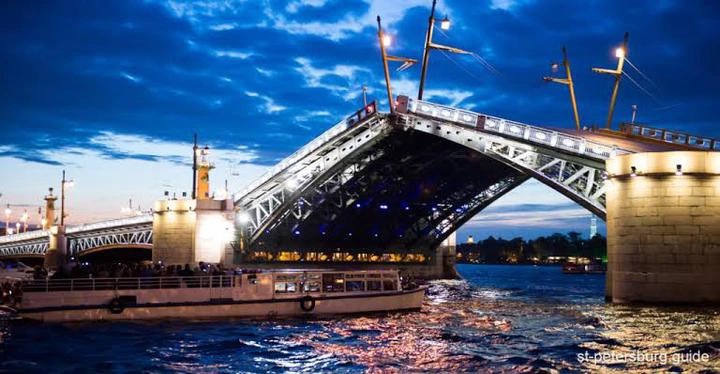 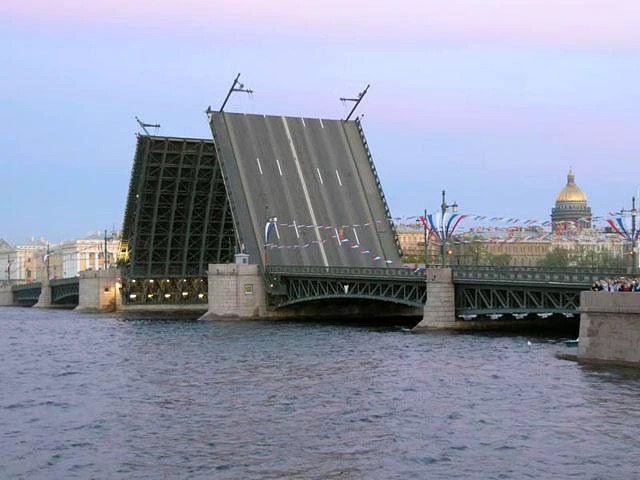 It even allows some cruise ships to travel between Moscow and St. Petersburg. This is why the spectacle of the drawbridges can only be enjoyed at night. During the day these beautiful giants seem to fall asleep, allowing the city traffic to pass over.