100 Days To The World Cup: Can You Identify The 2 Ghanaians Players In This Qatar World Cup Poster? 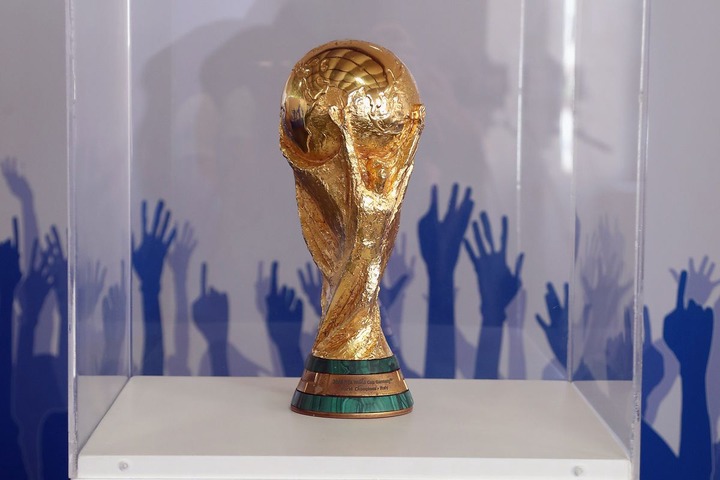 November is gradually approaching and all eyes will be on the world cup in Qatar. Organized every 4 years, the football fiesta is the biggest of all football competitions in the world. Africa will have the privilege of presenting 5 teams on the world’s biggest stage. They include Senegal, Morocco, Tunisia, Cameroon and Ghana. The teams had to endure 3 rounds of qualifiers to appear at the mundial in Qatar. 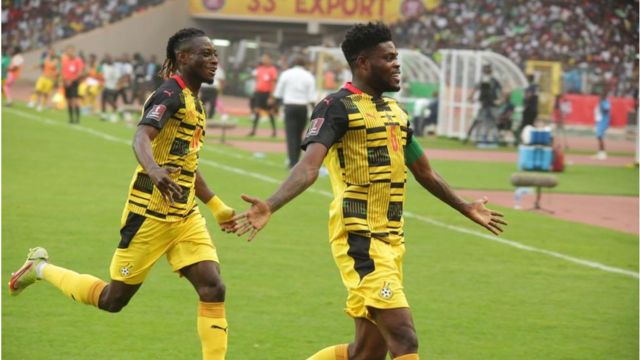 Ghana had to overcome a stubborn Nigeria side with a Thomas Partey goal winning the day for the Ghanaians on the away goal rule. The FIFA World Cup Official Facebook page has posted a photo of some of the key players as the tournament approaches. It’s about 100 days to the competition and fans are gearing up.

The poster has 2 players from Ghana. interestingly, all the captains of the 32 sides are present as well as some additional players. Ghana has Andre Ayew representing as well as another player in the mix. Ghana will come up against Portugal in their first match and then later face Uruguay before rounding things up with South Korea. In 2014 Portugal beat the Black Stars by 2-1 while in 2010 Ghana lost on penalties to Uruguay. 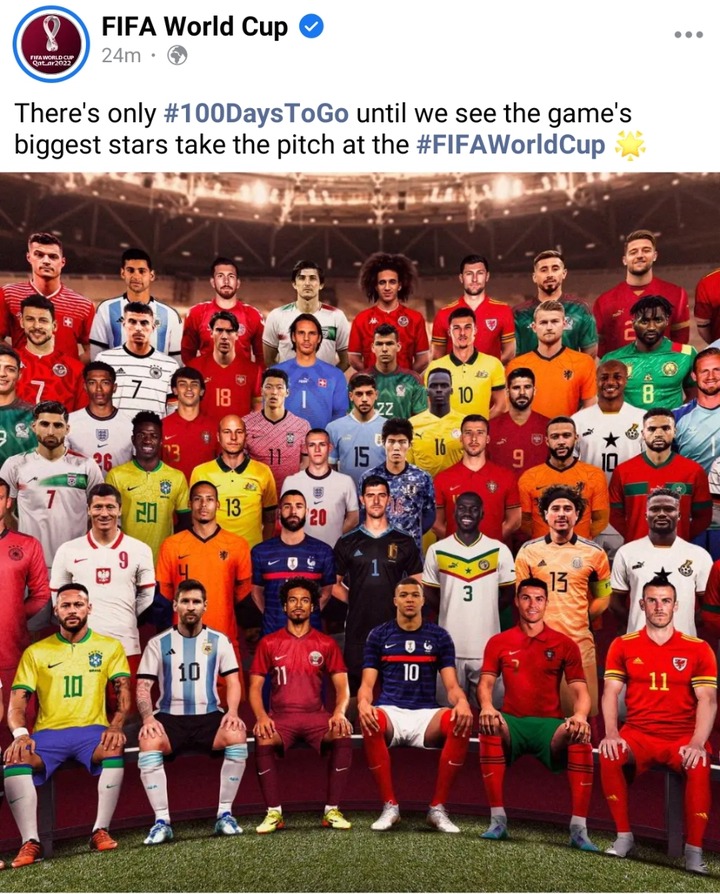 Can you identify some of the players in the photo? Many would have thought Partey would be the second player in a poster like this but he isn’t. The player has been surrounded with some controversial issues and Ghanaians will be praying that by the time the tournament starts in November he will be in top form. Ghana has also received some fresh legs in the form of new players. It is yet to be seen how they will blend in the team.

Who is the second Ghanaian player in the photo? What are your expectations for Ghana in Qatar?