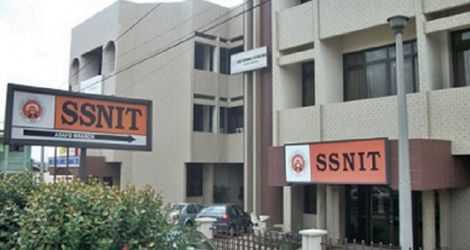 The Social Security and the National Insurance Trust (SSNIT) has so far linked some 1.9 million SSNIT numbers with the National Identification Authority numbers (GhanaCard), saving the Scheme about GH₵60million that would have otherwise gone into the printing of new cards.

Between June 2021 and June 2022, SSNIT deployed its systems to allow members to merge their SSNIT and NIA numbers, as it issued a directive that the Ghana Card is the only identification that will be recognised by the Trust in July 2022.

This complies with Regulation 7 (1) of the National Identity Register Regulations, 2012, L.I. 2111, which requires use of the Ghana Card as identification for “transactions pertaining to individuals in respect of pensions” and “transactions that have social security implications”.

According to the Director General of SSNIT, Dr. John Ofori-Tenkorang, the printing of new biometric cards halted in 2018 in anticipation of the Ghana Card, as it costs SSNIT more than US$7 per card.

Since then, SSNIT has signed on about 1.2 million people as well as those who had lost their cards and wanted them replaced.

With the integration of SSNIT numbers with the Ghana Card, SSNIT intends to leverage the national platform for a more effective and efficient identification system for convenience, ease of doing business, eliminating the cost of printing cards, improved claims processing time, and expansion of coverage among others.

“Adoption of the Ghana Card by the Trust has tremendous benefits; including easy identification of members and nominees, convenience in the use of only one card to transact business with the Trust as well as other institutions, and elimination of the cost fot printing SSNIT biometric cards,” he said.

Dr. Ofori-Tenkorang was speaking at a regional sensitisation engagement organised in collaboration with the Trades Union Congress (TUC) in Kumasi, and disclosed the SSNIT pension scheme, as of July 2022, has an active membership of over 1.7 million.

Meanwhile, the private sector forms 63 percent of the Active Members of SSNIT, being 1,130,069 – with the public sector constituting 36 percent, being 649,072; while self-employed persons totalled 17,006 which translates to one percent.

This is out of an estimated workforce of 11.5 million, according to the Ghana Statistical Service 2021 Population and Housing Census Report.

According to the Director-General, SSNIT will this year roll out a comprehensive campaign to register self-employed persons and informal sector workers onto the Scheme.

Among other things, he indicated that the pensions paid by SSNIT are only a reflection of the basic salaries workers have declared.

The regional meetings are aimed at sensitising regional and district leaders of the congress about the scheme and the benefits it offers members to enable them plan effectively for retirement.

The engagements, which have already been held in the Eastern, Volta, Greater Accra, Central and Western Regions, also form part of the Trust’s efforts to improve public knowledge about its operations.

Dr. Ofori-Tenkorang said such engagements help to address concerns of members, clarify misconceptions about operations of the Trust, improve transparency and accountability, and enhance stakeholder buy-in.

The Deputy Secretary-General of the TUC, Joshua Ansah, in his remarks at the programme entreated participants to take full advantage of the engagement to become better equipped to educate the workers they represent.

Online Betting Tips From MSport – How To Ensure Security If You Win GHS 50000! |