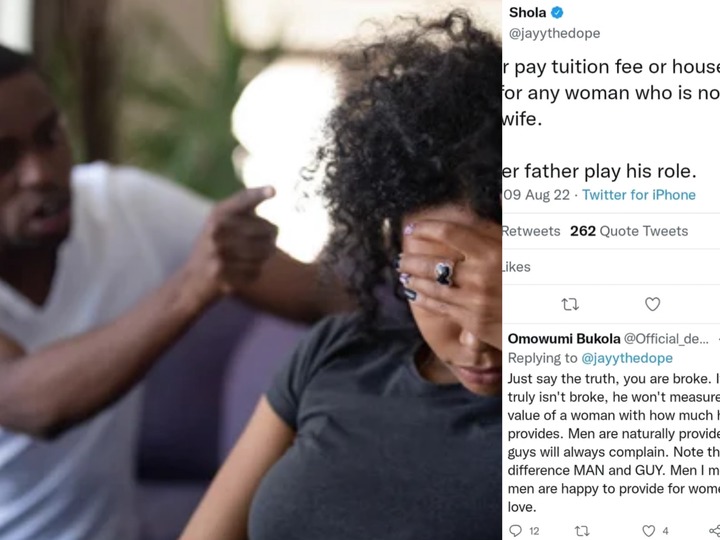 A reply from a lady to a man who talked about what men should do when women continuously ask for money for certain things they might need is currently making headlines on social media.

A male twitter user took to his Twitter platform to advice his colleague men on what to do when women ask for things like tuition fees and house rent. He advised that, men should never pay the tuition fees or school fees or house rent of women that they are not married to. He added that, it is not their duty to do that but it’s rather their father’s duty to do that.

He wrote, ” Never pay the tuition fees or house rent for any woman who is not your wife. Let her father play his role.” 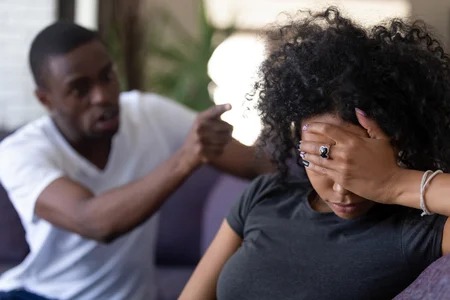 This twit did not sit well with a lady on twitter. She also could not keep quiet but to take about it. She also said that, the person who posted the message is broke himself and that is why he made that statement. She went ahead to say that, a man who is not broke will not measure the value of a woman with how much he provides.

Finally, she said that, Men are naturally providers but guys always complain. And in conclusion she added that, men are happy to provide for the women they love. 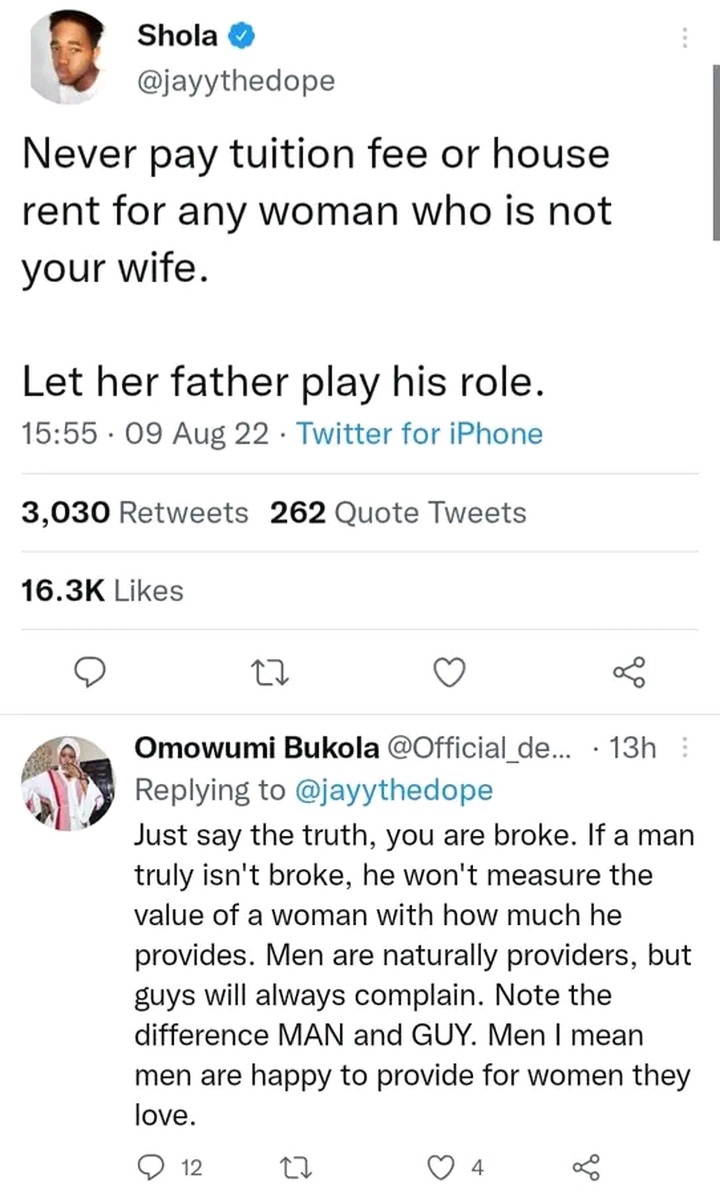