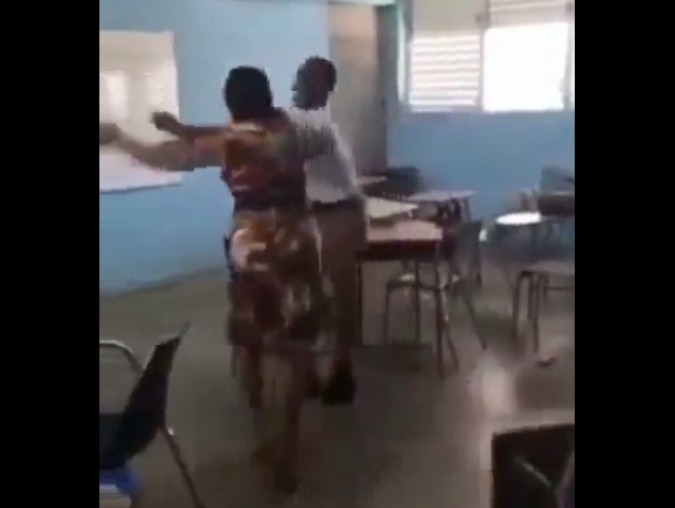 A male student probably between the ages of 16 and 20 years old has been recorded on camera fighting his male teacher in class. If you watch the video carefully, you can see that the female teacher was trying to punish the boy in front of the class, however, the boy refused to accept the punishment. This triggered the female teacher to get angry as she was seen using her hands to beat the boy instead of a cane.

Others said that some students in this era do not respect their teachers at all. How can you fight a woman who is old enough to be your mother? 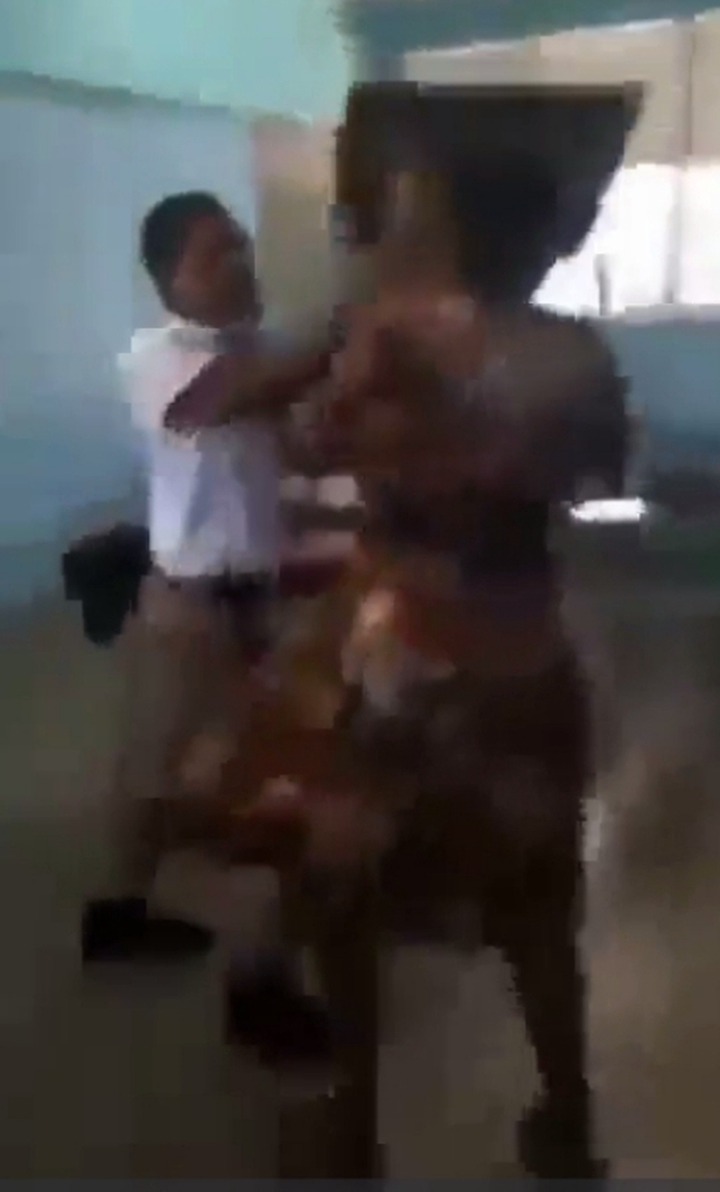 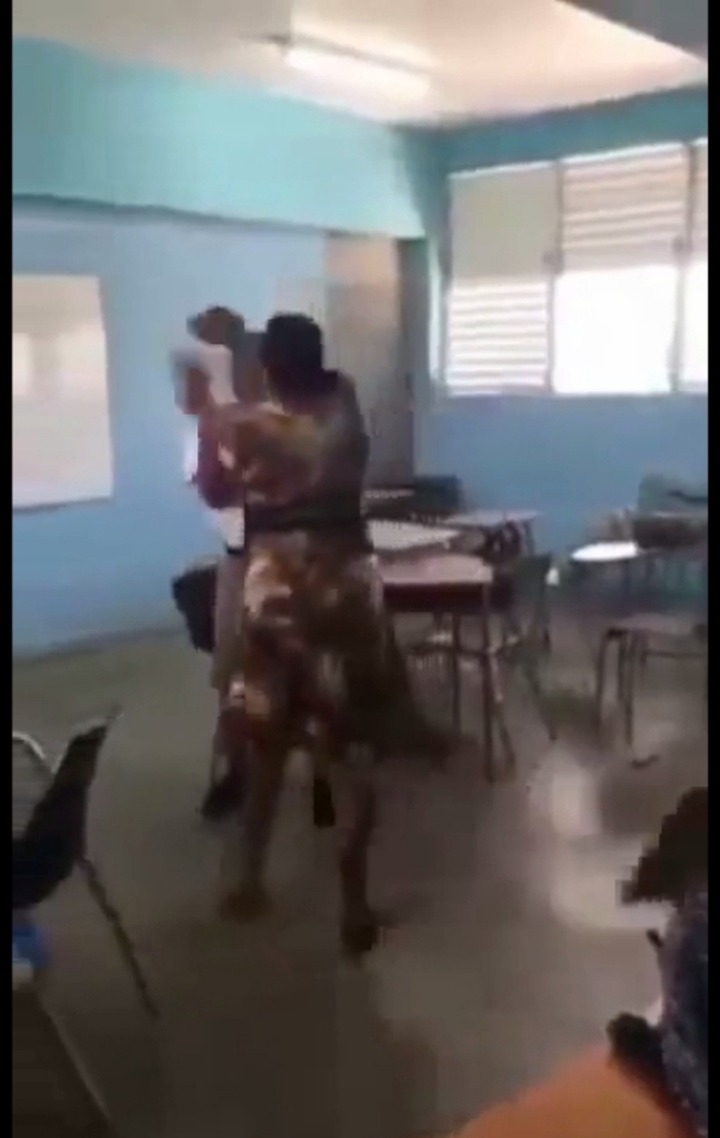 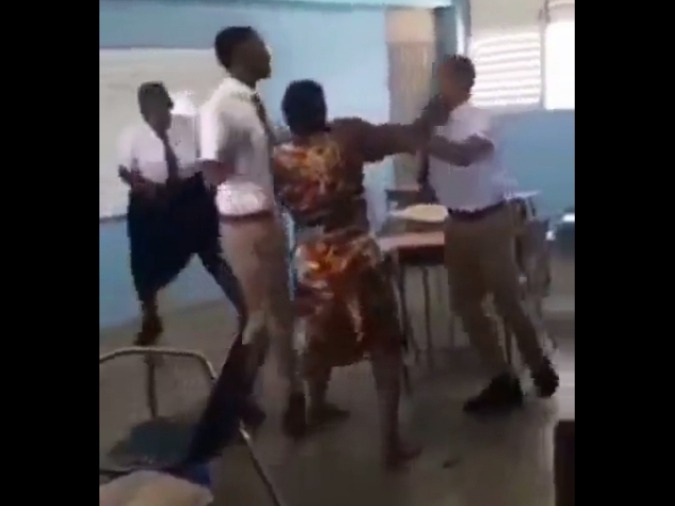 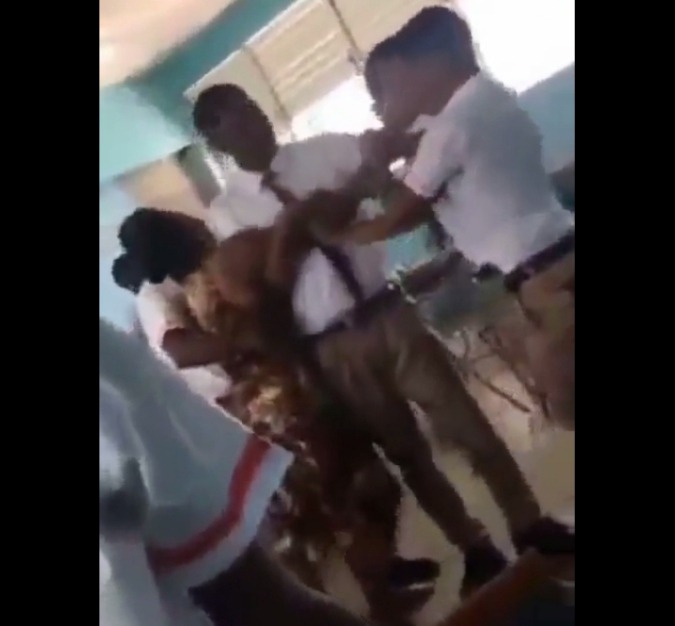