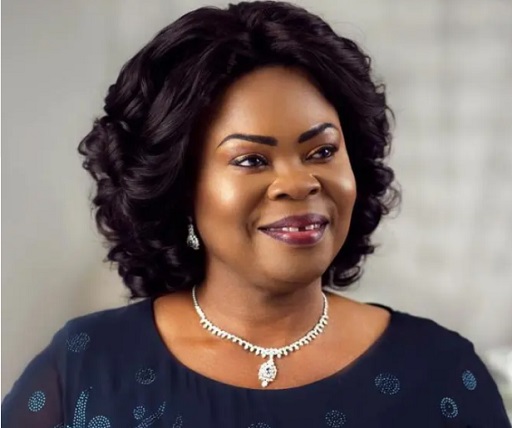 LABIANCA COMPANY Limited, owned by the Council of State member representing the Western Region, has been made to pay GH¢1,074,627.15 to the Ghana Revenue Authority (GRA) to cover lost revenues to the state.

The Office of the Special Prosecutor (OSP), which announced this, said the amount represented a shortfall in import duties paid to the GRA between 2017 to 2021.

In an investigative report authored by the Special Prosecutor, Kissi Agyebeng, on August 3, 2022, the OSP indicated that Eunice Jacqueline Buah Asomah-Hinneh used her positions as a Council of State member and a member on the Board of Directors of the Ghana Ports and Harbours Authority (GPHA) to get a favourable decision from the Customs Division of the GRA.

According to the report, influence peddling by Ms. Asomah-Hinneh led to a reduction in the tax liabilities for the Labianca Company Limited, which deals in frozen foods.

The OSP cited a Deputy Commissioner of Customs in charge of Operations, Joseph Adu Kyei, for issuing the “unlawful customs advance ruling.”

The report said, “The application was almost outlandish as it, in effect, requested for the acceptance by the Customs Division of a range of values between 50%-80% lower than the approved benchmark values of the frozen foods in question.”

It stated that the perplexingly audacious nature of the application by the Council of State member pushed the custom officer to reduce the benchmark values of the goods imported by Labianca Limited, translating to reduced tax obligations of the company to the state.

“The OSP finds that there is strong evidence to suggest that Mr. Kyei’s decision to issue a customs advance ruling for the applicant was procured through influence peddling or trading of influence by Ms. Asomah-Hinneh by employing her position as a member of the Council of State and member of the Board of Directors of the GPHA,” the report stressed.

The report revealed that Labianca Company Limited commenced operations in 2014 and there was not much engagement with the Customs Division in the first three years of the company’s operations beyond the settlement of standard customs duty and other tax obligations until 2017 when the company actively commenced applications to the Customs Division for the acceptance by the latter of the values of frozen foods it intended to import.

“The company, it appears, imports about 240-footer shipping containers of frozen chicken parts, fish, pork and fries monthly, primarily from Europe and the United States of America,” the report noted.

On November 16, 2021, the OSP received a written complaint from one Frank Asare against Labianca Group of Companies and its subsidiaries and the Customs Division of the GRA.

The complainant alleged ongoing corrupt, illegal and questionable dealings between Labianca and the Customs Division, resulting in unlawful markdown or reduction of benchmark values of frozen food products imported by Labianca under the guise of customs advance rulings.

According to the complainant, the unlawful markdowns or reductions of benchmark values were procured and being procured chiefly because the beneficial owner and Chief Executive of Labianca, Ms. Eunice Jacqueline Buah Asomah-Hinneh engages in influence peddling through her positions as a member of the Council of State and a member of the Board of Directors of Ghana Ports and Harbours Authority.