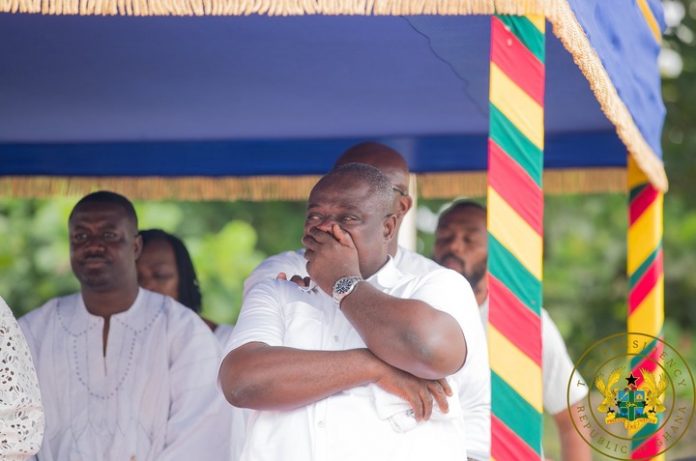 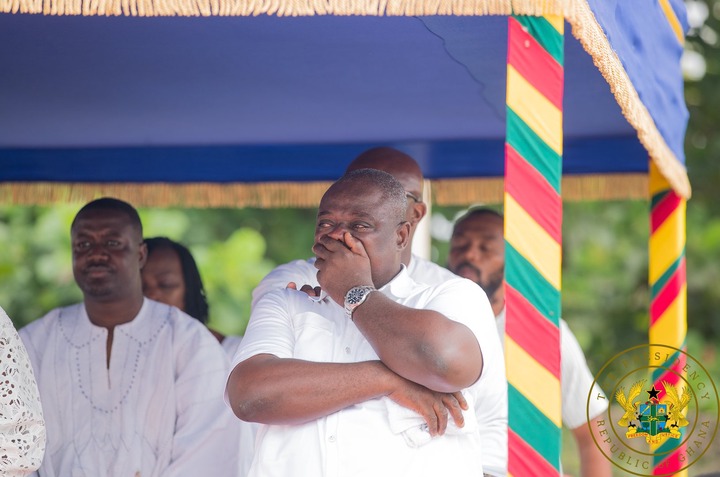 Koku anyidoho has been in the news over time after the stories of the Asomdwee park got viral online, after which koku has failed to understand the pleas of Ghanaians to stop backlashing the NDC government for failing to build the Asomdwee Park. 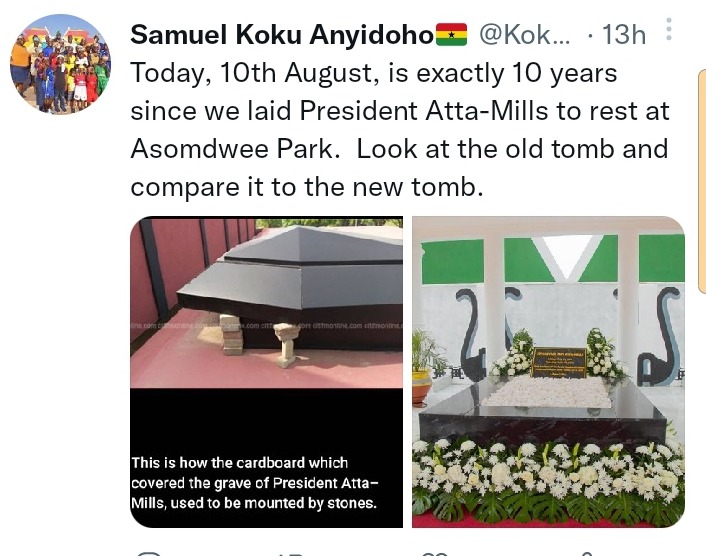 Samuel Koku Sitsofe Anyidoho is a Ghanaian politician who serves as Founder and President of the Atta Mills Institute. He served as Head of Communications under the Presidency of John Atta Mills from 2009 to 2012. He was also Deputy General-Secretary of the National Democratic Congress from 2014 to 2018.

Recently on his Twitter handle, he’s shared of his remarks by comparing the old tomb of the late John Fiifi Attah Mills the late President of the country Ghana from which our former President John Dramani Mahama succeeded. He emphatically stated that,” Today, 10th August, is exactly 10 years since we laid President Atta-Mills to rest at Asomdwee Park. Look at the old tomb and compare it to the new tomb”.