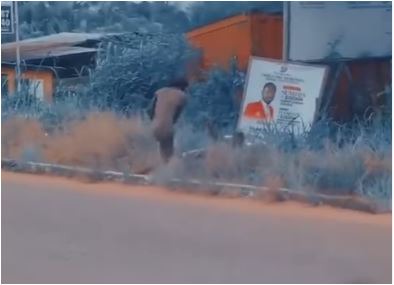 Recently, a mentally challenged woman was recorded on camera beating a guy at Kwame Nkrumah Circle, Greater Accra Region. This mad woman was able to beat the young man to death. Another video has surfaced online showing how a mentally challenged man was using a heavy stick to beat a young man by the roadside. If you look at this young man very well, he might probably be between the ages of 20 and 30 years old and he is also strong.

However, the mad men almost overpowered him because of the heavy stick he was seen using. The mad man hits the young man twice with the rod and he fell into the bush by the roadside. You can see that the young felt the pain of the stick as he was finding it difficult to rise up. On the third attempt, the young man was able to rise from the ground and collect the stick from the mad man.

The mentally challenged man was seen running away after seeing that the young man has got his hands on the stick. Eyewitnesses said that the young man was just walking by when this mentally challenged man attacked him for no reason at all. Some Ghanaians after coming across this video said that people need to be very careful about these mad people when they are walking along the streets.

This is because today’s incident is the second time a mentally challenged person has attacked a person walking by the roadside for no reason at all. If this guy was to be a woman, the mad man would have probably killed her. 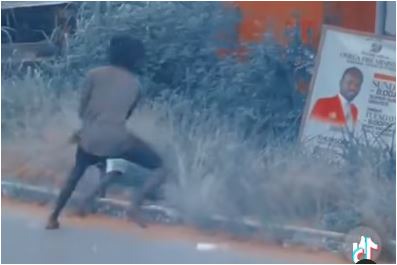 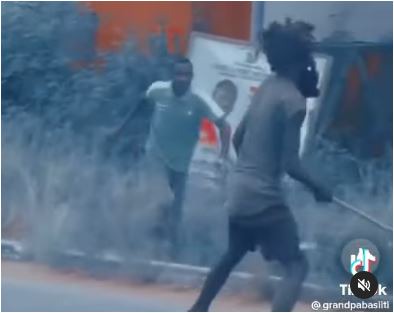 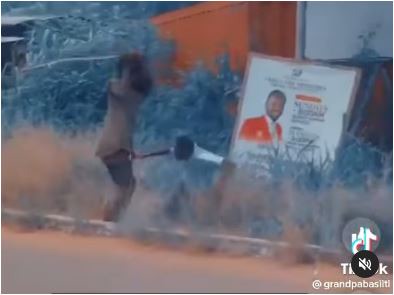 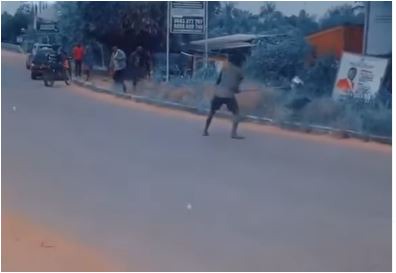