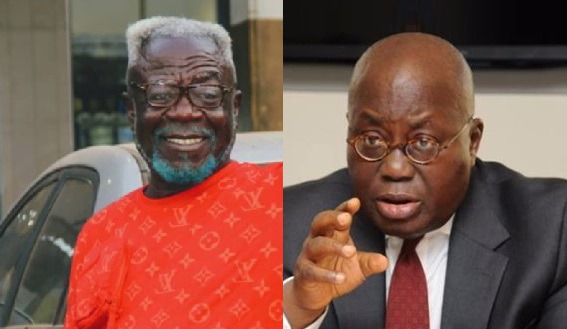 Oboy Siki, whose real name is Nana Ofori Agyemang, noted in an interview with Kofi TV that Kennedy Agyapong did not understand why some Ghanaians were calling President Akufo-Addo incompetent until he [Ken] decided to run for the same office. The interview was widely shared on TikTok.

“NPP has become a cheap party, you now realize that the Nana Addo you trusted is incompetent, that is why you are seeking to succeed him and rule this country,” he remarked.

He claimed that Nana Akufo-Addo had previously informed Ghanaians that he was not in politics to accumulate fortune for himself, but that after taking office, the story has changed, which is why the president is incompetent. The outspoken director charged the President with embezzling public monies.

All of our money is now in Akufo-Addo’s pocket according to Oboy Siki, who claimed that “we the Ghanaians who are idiots thought Akufo-Addo was a wealthy person; and he confirmed that assumption himself by publicly stating that he was not in politics to amass wealth for himself.”