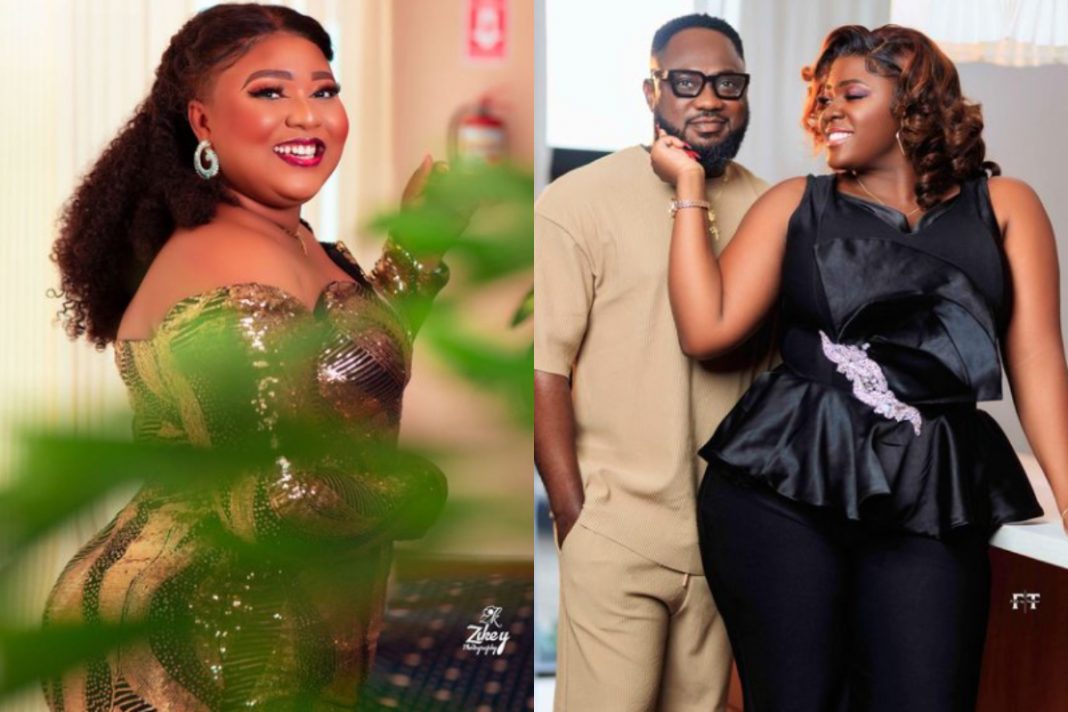 READ ALSO: Shatta Wale Sprays Money On Fans As He Arrives In Ada For A Festival [Video]

Speaking in an interview with the lifestyle & celebrity blogger, Zionfelix on the Uncut Show, Xandy Kamel urged Mr. Frank Badu Ntiamoah, the husband of Tracey Boakye to never pay attention to what is being speculated about his marriage on social media.

She also advised Tracey Boakye to avoid bad company and also become more prayerful against principalities that would fight against her marriage.

She also advised the actress to pay less attention to what is being said about her marriage on social media because naysayers within the digital space are the most dangerous people on earth because they always have a plan nurtured whenever they pass bad comments about someone.

Xandy also stated that she cannot fathom how Ghanaians were able to get the information that Tracey Boakye sponsored her own wedding.

In other news, Ghanaian entertainment pundit, Mr. Logic has averred that a woman has a choice to make when a man demands for sexual favors in exchange for a job opportunity.

Speaking on the #MatterDey segment on Hitz FM, the outspoken pundit stated that it is within the right of every woman to decide whether to give in to the demands of a man in exchange for a favor.

He said that if a man demands for sex in order to give a woman a job and the woman feels the job is not worth the demands, she has a choice to forgo the offer and look for employment somewhere else.

However, if she feels the job opportunity is worth the sacrifice she is being asked to make, then she has the right to go for it and bow to the man’s demands.

“If a man says ‘sleep with me and I will give you a job,’ and you think the job isn’t worth it, it’s your choice to leave. If you think it is worth it, you can go ahead for it“, he said.