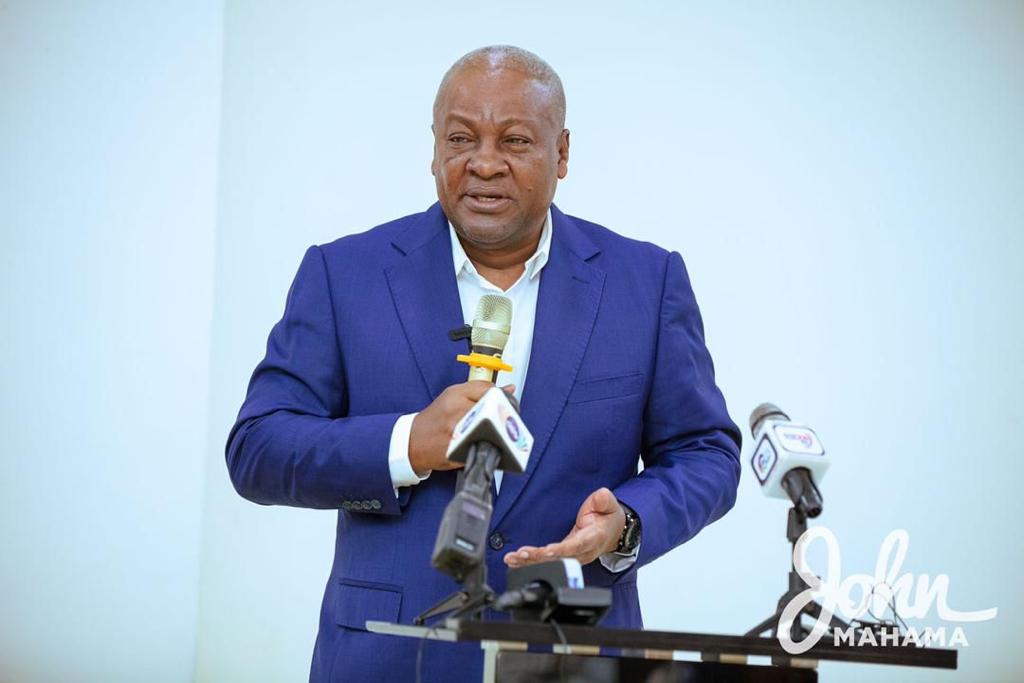 He said investors still do not have confidence in the Ghanaian economy.

According to him, this has resulted in the economy being downgraded further.

“There appears to be no end to the problems with the Ghanaian economy, with the recent downgrade to CCC+/C Junk status.”

The steep depreciation of the Ghana cedi in recent days, clearly shows that the mid year review of the 2022 budget failed to win back the confidence of the investor community and the Ghanaian public,” Mr. Mahama said in a Facebook post on Tuesday, August 9.

A situation he insisted the government has no idea of addressing for the betterment of Ghanaians.

“Unfortunately, no credible remedial plans have been put forward by the government to salvage the economy.”

Mr. Mahama has thus suggested that government urgently organizes forums for the best brains in the country to arrest the situation.

“A national dialogue on the economy, bringing some of our best brains together will serve us well, even as we prepare for debt restructuring and negotiation of an IMF programme.”

On August 5, 2022, S&P downgraded Ghana’s foreign and local credit ratings from B-B’ to CCC+C with a negative economic outlook.

According to S&P, the downgrade is due to intensifying financing and external pressures on the economy.

S&P Global Ratings said though government has taken steps towards consolidating the fiscal deficit, the recent passage of the Exemptions bill, high borrowing costs and softening growth make it difficult to put debt to GDP on a downward path.

After a careful assessment of the economy, S&P also reviewed the country’s economic outlook as negative. The negative outlook, in a statement issued by S&P on Friday, August 5, 2022, reflects Ghana’s limited commercial financing options, and constrained external and fiscal buffers.”

S&P Global Ratings also noted that the Covid-19 pandemic and the Russian invasion of Ukraine had worsened Ghana’s fiscal and external imbalances.