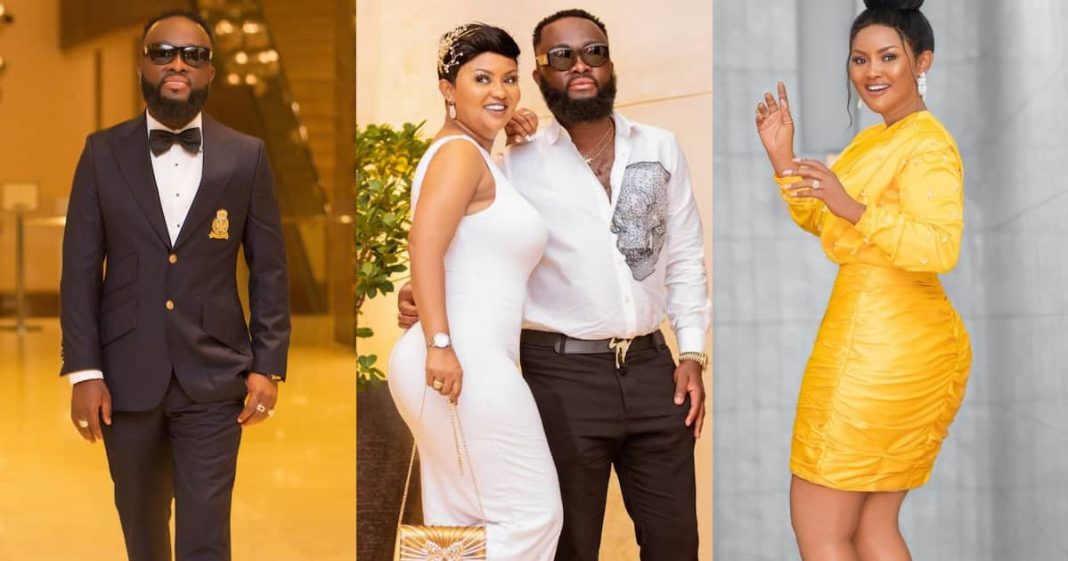 Ghanaian actress and TV presenter, Nana Ama Mcbrown has told the untold tale of how her friendship, which later evolved into a relationship began.

His beautiful wife took to her social media pages earlier that day to post some lovely photos of Maxwell and their children to wish him a special happy birthday.

READ ALSO :Nana Ama McBrown got candid about getting liposuction: “My tummy was sagging so I did it”

Maxwell Mensah ended the day with a simple yet plush party at his house in the capital, after receiving special birthday wishes from his wife and his colleagues on social media.

The party was star-studded with familiar faces like Kwame A Plus, Mimi Andani, Charles Osei Assibey, Yaw Sakyi, and many others.

These top stars joined Maxwell to celebrate his birthday and toast the champagne as he began his new year. Nana Ama revealed that she has known Maxwell for 11 years during the celebration.

Nana Ama Mcbrown said she threw a housewarming party at her new home and invited Kwame A Plus, who then attended a party with 6 of his friends, of whom Maxwell Mensah was a member.

READ ALSO :Jealous ex-boyfriend runs over his girlfriend, her daughter, and her new boyfriend (video)

They didn’t talk much as she treated him as a guest, just like other people who attended her party.

She said that a year later, Maxwell started calling her and asked her to meet her and paid her a visit at her house on his birthday.

Nana Ama McBrown added that one thing led to another and they started a relationship.