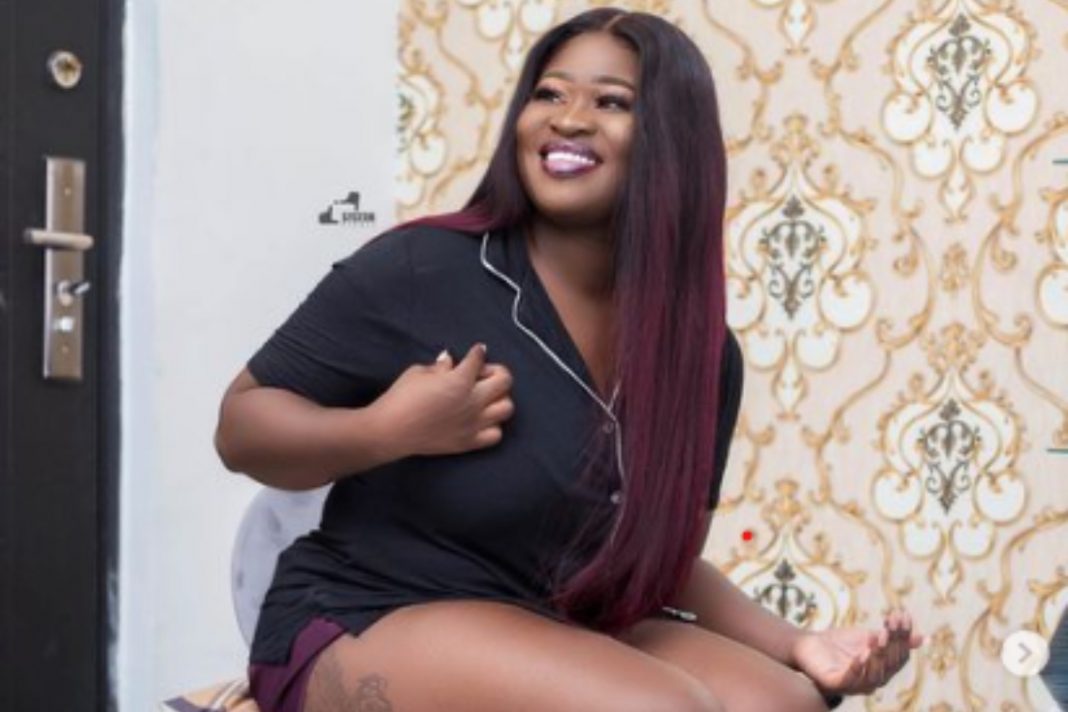 Adorable Highlife singer, Francisca Gawugah professionally called Sista Afia has acknowledged that her parents were forced to move her to the United Kingdom in order to facilitate her activities since she was so intransigent.

Sista Afia who has written a number of top-charting songs, chatted with legendary radio broadcaster and DJ Andy Dosty on Hitz FM on Monday.

The ‘Jeje’ hitmaker also took the opportunity to refute the impression that she is a “dada bee,” a word used to describe wealthy children, by pointing out that she actually had a difficult upbringing similar to that of most GH kids.

“I am not a spoiled child. I have always worked for myself. I sold ‘bofrot’ and water during childhood. I was stubborn so I was flown to the U.K.

I used to live in the ghetto. At age 8, I used to pluck mangoes from the tree in our house and sell them.”

Sista Afia also said that she has no s3xual relationship with her manager because she only sees him as a brother.

She further stated that she is a very emotional person and cannot be working with someone she shares the same bed with intimately as that could their working abilities.

“Bossu Kule is like my brother. There is no sexual relationship between us. I can’t work with someone I am having sex with. I am an emotional person” she said.