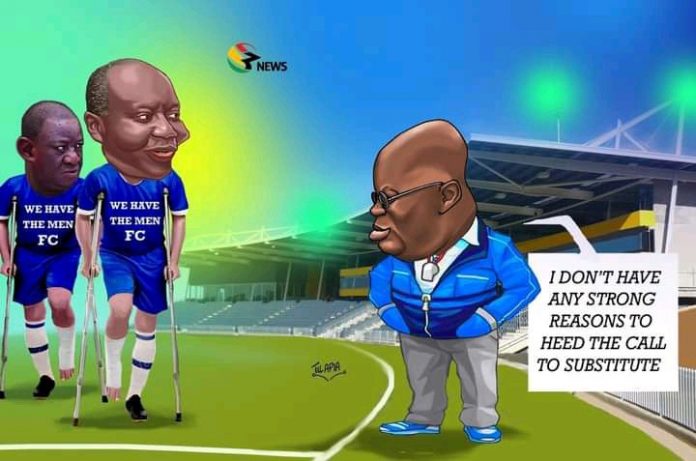 Tv3 Ghana, one of Ghana’s most popular television stations has dropped another “funny” picture which is popularly known as “Tilapia” to explain in summary the trending news in the country.

The picture explains the recent statement made by President Akufo Addo about his appointees. According to the president, he has no plans to reshuffle his ministers. He added that whenever there is a reshuffle in government, several sectors are being affected leading to a decline in the country’s growth.

“Many of them for me have done outstanding work. Their output has been considerable, and that is what I look at. output measures expectations, then I don’t have any strong reasons to heed the call” he said.

He made these statements while speaking on North Star radio in Tamale. He added that his ministers or appointees are performing to his expectations. He also made it clear that they have been outstanding even in these hard times.

It could be seen from the “Tilapia” picture above that two ministers are injured on the field but the coach(President) has no intention to change them. The ministers in the picture are the Minister for Finance and the Roads Minister.

Some Ghanaians on social media have reacted to this trending “Tilapia” picture and below are some reactions. 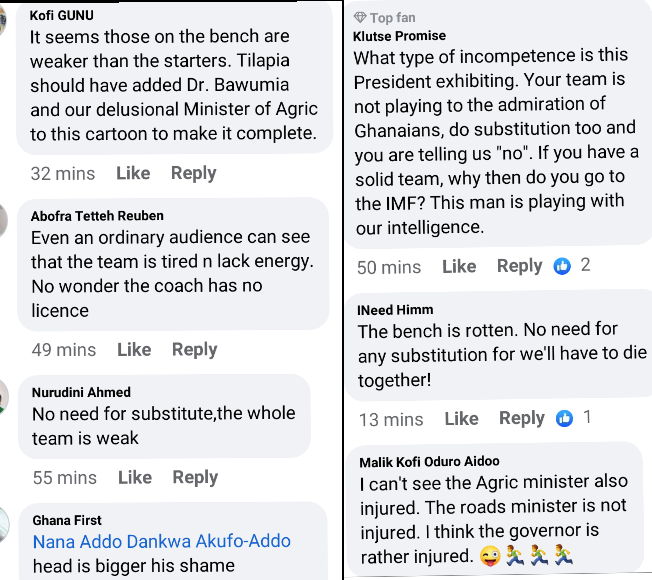 From the reactions above, some Ghanaians believe that the president is right because there are no “better” persons at the bench to replace them. Others believe that coach is poorly managing his team.

Tell us what you also think about this.