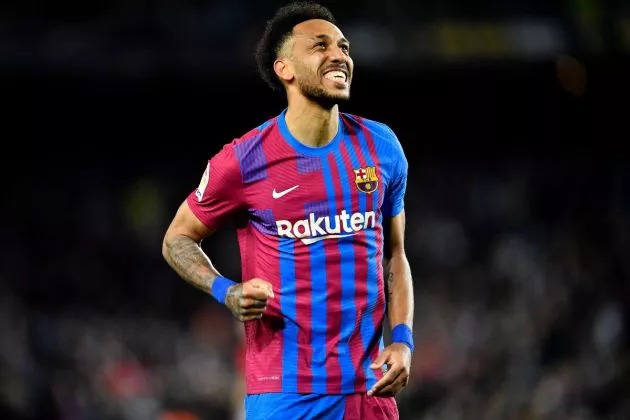 The Gabonese player is currently contracted to the Catalan club till 2024 has been linked with a move away from the club with the signing of Robert Lewandoski and the club’s financial issues.

Manchester United had been linked with a move for Marko Arnatauvic but it remains to be seen if that deal will materialize. The Red Devils have also been reportedly offered the chance to sign Aubameyang as a backup to Cristiano Ronaldo.

Chelsea is also currently interested in signing the player with Timo Werner on a verge of a transfer to his former club RB Leipzig. Hakim Ziyech and Cullum Hudson Odoi have all been linked with a move away from the club.

Both EPL clubs are set to battle for the signature of the striker who has racked up an incredible number of goals for Barcelona in just six months.

Content created and supplied by: OGENRAL (via Opera
News )