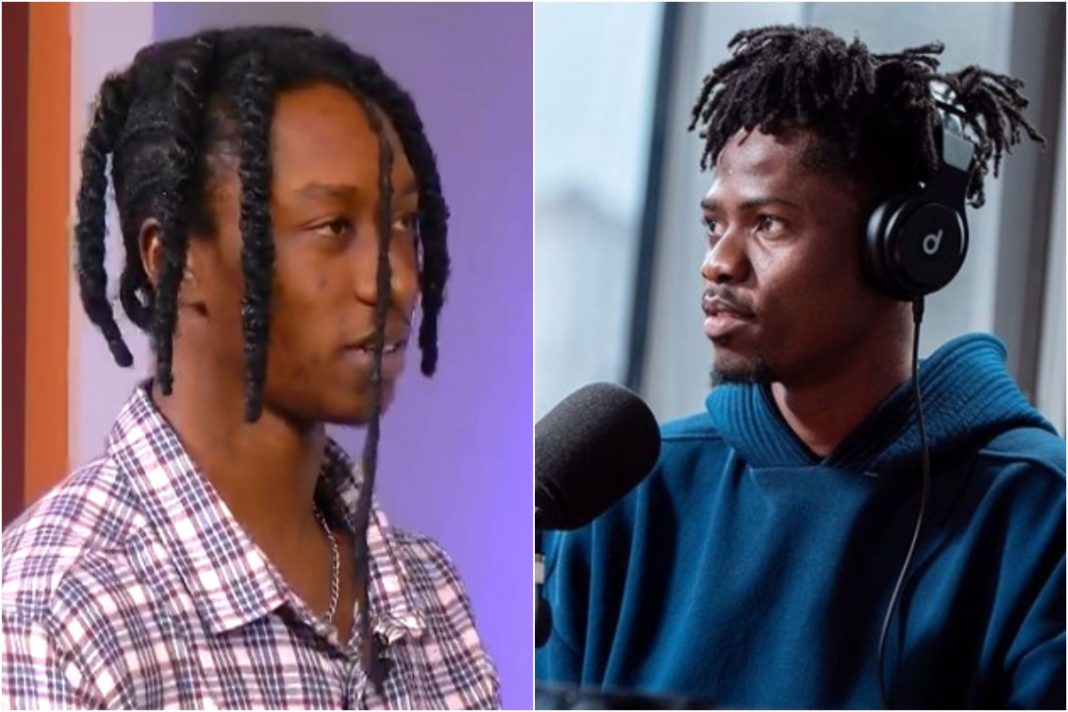 An upcoming musician Isaac Wilson also known as Siicie Arthur has disclosed that rapper Kwesi Arthur is one of the artists in the music industry who inspires him.

During an interview on Prime Morning, Siicie described the craft of Kwesi Arthur as “top-notch”; adding that although there are other talented artists, he takes his inspiration from the rapper.

“Kwesi Arthur, he is a top-notch for me, number one. Aside from him, I don’t know”, Siicie told Joy Prime’s KMJ.

Siicie who started his music career after completing SHS in 2020 disclosed that he has released his first single titled, “TM Anthem”. He also disclosed that the Tema rapper, Kwesi Arthur has promised him a feature.

Reacting to the question about his hair, Siicie said his hair is natural because it’s a combination of his mother’s hair and an extension.