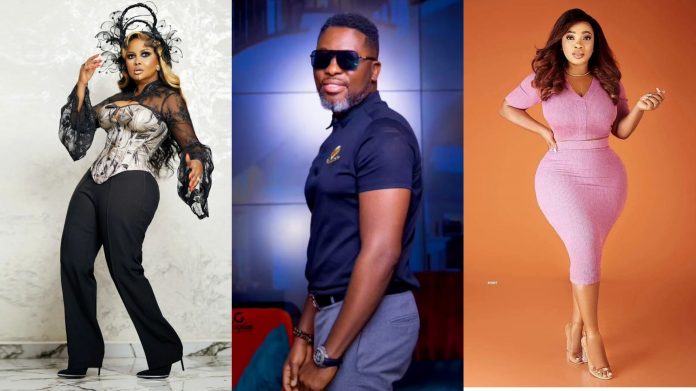 Political activist and entertainment pundit Kwame A Plus has apologised to actress Moesha Budoung for chastising her after she admitted to undergoing a surgical procedure.

According to him, he would be a hypocrite if, today, he supports other celebrities, like Nana Ama McBrown, after they underwent a cosmetic procedure without apologising to Moesha Buduong.

Speaking on United , on UTV, A Plus said that he was one of the many people who criticised and chastised Moesha Budoung when she opened up about her body enhancement procedure.

“It is your body, Nana Ama, and we support you but before I support you, I am also apologising to Moesha because we trolled her… we made fun of her, so if I come to support Nana Ama and I don’t talk and apologise to Moesha, I am a hypocrite,” he stated.

A Plus noted that his upbringing has always informed his views on life, adding that he understands many things have changed from then.

“I grew up knowing that nail polish is wrong and that even watching TV was a sin.

I have come to realize that just as we cut our hair when it grows. If you have a big tummy, go and remove the fat in it. If you don’t have money, go to the gym, but if you have the money go and do liposuction,” he said.

This comes after actress and TV personality Nana Ama McBrown revealed that she underwent liposuction. According to her, she had been eating and exercising to maintain her shape however, her stomach was sagging because of belly fat.

Speaking on UTV’s United , Nana Ama said that she then sought counsel from a medical doctor who told her about the options she has to get rid of the fat. The actress said that she had heard about liposuction, which is a cosmetic procedure used to remove unwanted body fat, and opted for that instead.

She explained that she already had the body shape and was doing her best to maintain it. The liposuction, she added, only helped accentuate her body. “If you have a good shape, it will show.”

Many people including A Plus chose not to fault Nana Ama McBrown for choosing to undergo a cosmetic procedure to maintain her body.

According to her people are now so welcoming to their favourite celebrities for undergoing cosmetic surgery but were mean to the actress when she admitted to hers.

Speaking on Daybreak Hitz on Hitz FM on Friday, Efe Keyz said that “it got to a time that people were hating on Moesha for so long for her body enhancement, including our own celebrities but now it has become like she has opened the eyes of people.”

“If now people are willing to accept it then why were they thrashing her? Now that our favourites are doing it, we need to apologise for some of the nasty comments that we said on her page.”