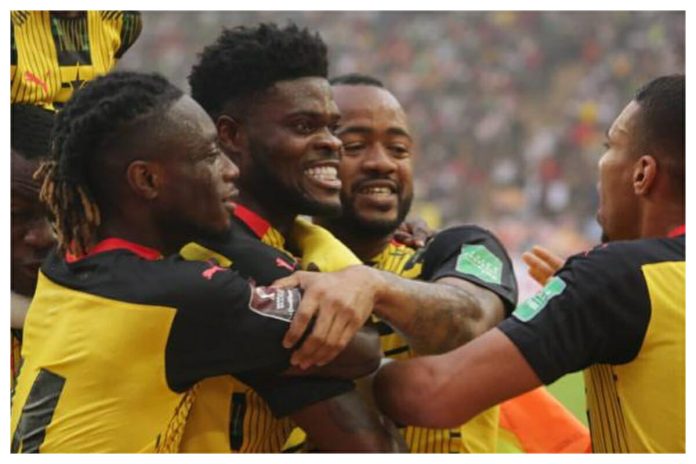 The head pastor of Prophetic Life Embassy, Prophet Telvin Sowah Adjei has asked Thomas Partey to fortify himself spiritually before accepting to lead the Blacks Stars otherwise there will be dire consequences for him.

Logically the Arsenal midfield dynamo has been tipped to succeed Andre Ayew who has no time on his side in terms of age and longevity.

However, Prophet Sowah Adjei has said there is a demonic plot against Partey to get the nod hence he has to reject the armband or arm himself with spiritual artilleries before he could succeed.

Thomas Partey is presently the Black Stars’ assistant captain. Partey led the team to qualify for the 2022 FIFA World Cup with his goal against Nigeria in the second leg of the World Cup playoffs plated at the Moshood Abiola Sports Stadium.

I saw vividly in a vision serious spiritual battle against Thomas Teye Partey, there are 3 things God wants him to know. 1. Be well prepared spiritually before you touch the national team captain ban or avoid it entirely. Let’s pray for him there is satanic plan to reduce him to nothing .

2. God showed me a Vision of you back home in GHANA 🇬🇭 in your hometown playing soccer with your childhood friends and sharing what you have with them and immediately as that was done I saw a white paper being cancelled and the Lord said, HE IS FREE FROM ALL ISSUES RAISE AGAINST HIM.

3. From now to December things are about to get though from all angles( red card) World Cup issues and many other things I won’t disclose. But he should hold tight because he will break through all this ending of December and from January He will be in world ranking as one of the best in football. And he will rise and never fall.