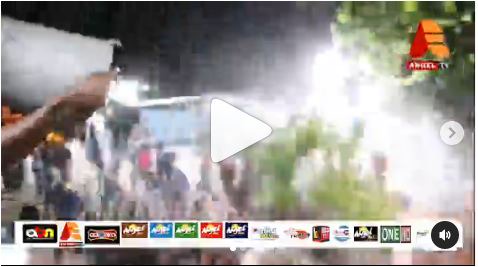 The Bugum festival, sometimes called the fire festival, is a cultural and religious celebration that marks the beginning of the Dagbon year. The occasion is marked by the lighting of thatch torches and matching along approved routes, amidst chanting of war songs, known among the Dagomba people as “Ʒiɛm”. This festival is also associated with the sprinkling of water on the people. According to the people, the water has the power to give them spiritual protection from their enemies.

If you watch the screenshots from the video in this article, you can see a lot of people gathered under a big tree. Some of these people were seen holding wood on fire, tree branches and weapons such as guns and cutlass. In the course of the celebration, a spiritual man was seen holding a bucket of water. It is believed that this is not ordinary water but water that has been gone through ritual processes.

It has the power to protect and bless the people. If you watch the video carefully, you can see that a lot of people were rushing to get to the place where the spiritual man was standing so that they can get enough of the water. The people were overheard in the video shouting in joy after the water was poured on them. 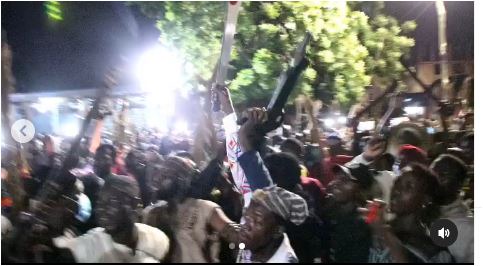 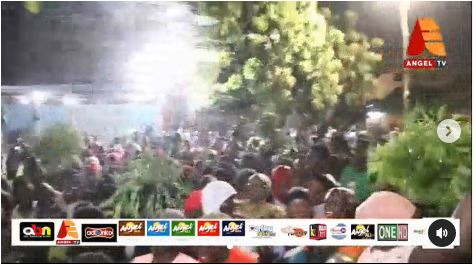 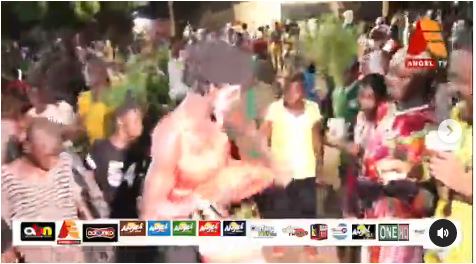