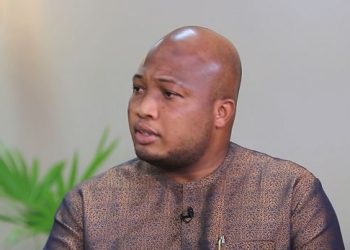 The Member of Parliament for North Tongu, Samuel Okudzeto Ablakwa, has slammed President Nana Akufo-Addo describing him as out of touch with reality for not seeing the need for a shake-up within the executive.

Responding to the President’s remark that he has no intention to reshuffle his ministers, Mr. Ablakwa said President Akufo-Addo was “clearly living in a world of his own.”

The President said most of his ministers were outstanding and meeting expectations.

“Is President Akufo-Addo really living in a reality, or he is in a bubble? He has totally lost touch,” the MP said on Eyewitness News.

Mr. Ablakwa cited the situation in Malawi, where its President, Lazarus Chakwera, sacked his entire cabinet over corruption concerns.

But corruption concerns levelled against members of the Akufo-Addo government are treated lightly, Mr. Ablakwa complained.

He noted the role of the Minister for Health, Kwaku Agyemang-Manu, in the  Sputnik-V vaccines procurement scandal.

In relation to this scandal, Mr. Ablawka said the President only insulted Ghanaians “by going to his [Agyemang-Manu’s] constituency to defend publicly a corrupt Health Minister.”

Mr. Ablakwa also said the mismanagement of the economy alone, where Standard and Poor’s (S&P) global ratings downgraded Ghana’s foreign and local credit ratings from B-B’ to CCC+C with a negative economic outlook, necessitated a shake-up.

“This is a situation that calls for a president to act like the Malawian President and fire his entire cabinet and bring a new team with fresh ideas because we are in crisis,” the MP added.

President Akufo-Addo’s only ministerial reshuffle was during his first term, in August 2018.