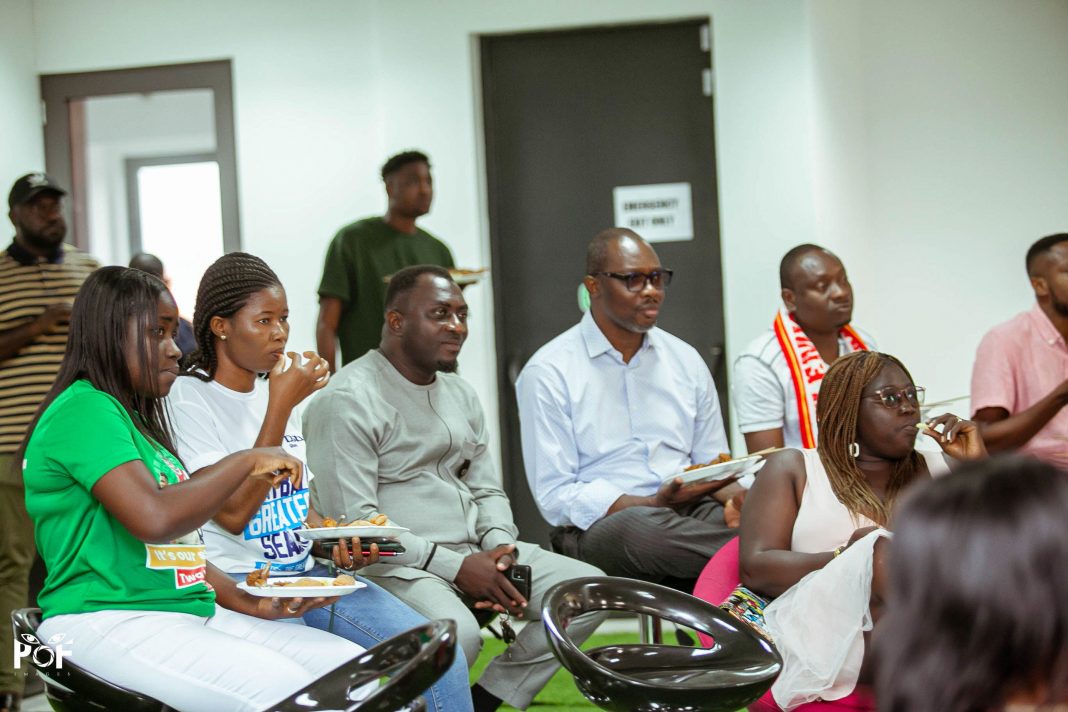 MultiChoice Ghana has officially launched its 2022-23 football season with a live viewing of the FA Community Shield match between Liverpool and Manchester City held at its head office in Accra.

The launch also brought together sports icons, football enthusiasts, fans from Liverpool and Manchester City, as well as fans from other European clubs. Despite the electrifying atmosphere during the match, none of the fans was to able to correctly predict the final score of 3-1 to Liverpool. While the victory brought confidence to Liverpool fans, those on the Man City side were not perturbed, as they claimed the game was not a reflection of the season’s outcome.

This season, SuperSport will continue to serenade DStv and GOtv subscribers with unrivaled sport content, bringing them over 3,800 live football matches from now till May 2023.

Managing Director for MultiChoice Ghana, Mr. Alex Okyere, said “MultiChoice Ghana would not hesitate to take on media houses that breach its broadcast rights this season. He added, “Customers are at the heart of all our activities, and we are constantly looking for new ways to delight our subscribers. We are therefore tooling over 3000 PayBuddy agents around the country so customers can get first line support right there in their localities.”

Mr. Okyere affirmed that SuperSport continues to hold broadcast rights to Europe’s best leagues and competitions including the Premier League from England, La Liga, Serie A, UEFA Champions League, Europa League, EFL, Carling Cup, Emirates FA Cup, amongst others stressing the need for any interested party in airing/running commentary of any of these leagues on Radio, TV or stream commentary on any social media platform to cease and desist.

He further encouraged customers to download the MyDStv and MyGOtv self-service apps to manage their respective accounts.

The feature selection for the 2022-23 New Football Season will come from the heavyweight European divisions of the Premier League, La Liga and Serie A, while the UEFA Champions League, UEFA Europa League and UEFA Europa Conference League provide thrilling continental battles.

Football fans can tune to SuperSport Premier League (DStv channel 223) this Friday at 7:00pm for the curtain raiser clash between Crystal Palace and Arsenal, with more Premier League matches following on Saturday and Sunday.

SuperSport continues to deliver an unrivalled selection of football, with DStv and GOtv set to be your home for the top leagues in the world in the New Football Season.